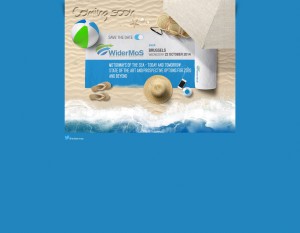 WiderMoS will improve the interface between maritime transport and other modes (mainly rail), developing new port/ship/train interfaces and efficient port-hinterland connections, connecting ports and integrate origins and destinations and bridging gaps in and between different trade corridors.
In other words, WiderMoS aims at facilitating the homogeneous connection between Motorways of the Sea and the TEN-T core network corridors throughout several activities:

The project, with a total budget of € 5.940.000, cofunded by the EU with a contribution of €2.970.000 with 16 partners from four member states involved : Italy, Germany, Spain and Portugal, and important European actors and stakeholders of transports, shipping and logistics sector.
Therefore the north and south of Europe work together with a double purpose: to strength the link of the Motorways of the Sea with the priority corridors of the TEN-T, visualizing the dry port connections within the MoS for 2020 and beyond, as well as to improve the exchange of information among private companies, end users and public organisms that belong to a corridor.

In the first year of the WiderMos project has been developed the general design of the Corridor Management Platform. The CMP is an IT business interoperating platforms where shippers and other logistic actors could control their operations throughout the formalised supply chain. The CMP will support Business-to-Business processes and it will interconnect systems of different actors: carriers, logistics integrators, ports and other logistics platforms.

Each step of the project has been shared with the stakeholder platform that is composed by relevant actors in the maritime and logistic field such as: port communities, custom agency, shipping lines, relevant shippers, logistic players, academic centres, logistic nodes and other significant actors such as regional entities, chamber of commerce, shipping agents and forwarders associations, innovative IT system integrators. The stakeholder platform works as a think tank for the actual and future MoS. Several stakeholder meetings were held, as: Spanish Regional Meeting in Zaragoza on November 14th, 2013, Regional Stakeholder meeting Italy, at La Spezia Port Authority on January 24th, 2014 and the First cross fertilization meeting at Gdynia Port Authority on 28th of January, 2014. The overall objective of these meetings was to explore the user needs in order to indentify the information to be shared using the Corridor Management Platform between all the actors along the logistic corridors. The next step will be the development of the operational architecture of the platform.

One of the key deliverables under the project will be the Motorways Of the Sea (MoS) Prospective Study, which will set the main strategic direction for MoS until 2020. The MoS Prospective Study is conducted in two phases. First, a set of MoS Prospective options has outlined realizing a set of 60-70 Interviews in order to contribute to the sections on MoS Today (State of the Art) and MoS Future Outlook (Prospective Options). Thereafter, and based on a stakeholder consultation of the MoS options, the final MoS Prospective Study will be delivered.
The stakeholder consultation will be organized on the next October in Brussels. In the event will be validated the results of the MoS Study and after the final outcomes will be presented to European Commission.

Finally on the next October will starts the in-depth analysis of 4 topics linked to the deployment of the future governance model of the core network corridors. The topics are: customs procedures, connections between core and comprehensive networks and with TEN-T corridors, multimodal Green Corridors, logistics processes on corridors. The analysis will aim of coordinating interventions for removing obstacles in the freight flow along the corridors, taking into consideration technical, operational, financial and political requirements.