Vamp Up project: another step of the Rhine – Alpine and Mediterranean multimodal TEN-T core corridors. The photogallery 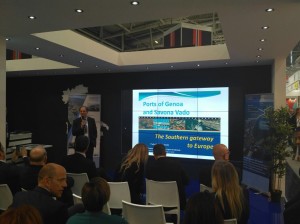 The Western Ligurian Sea Port Authority, the recently instituted body managing the Italian ports of Genoa and Savona Vado,  participated in the Transport Logistic 2017 exhibition, the main international event in the transport field held in Munich from May 9 to 12.

During the event, the Authority took the opportunity to provide an update on progress made by Vamp Up, the project co-financed by the European Commission within the CEF 2015 call and aimed at developing Vado Ligure as a Multimodal Logistics Platform by the effective integration of the core RRT node with the TEN-T transport network.

The President of the Western Ligurian Sea Port Authority, Mr Paolo Emilio Signorini, gave a comprehensive overview about the ports present activities and their future perspectives, focusing in particular on the opportunities to provide an efficient intermodal service form the Mediterranean Sea to Central Europe thanks to the forthcoming completion of the Southern sections of the Rhine-Alpine railway corridor.

Mr Alberto Pozzobon, Project Manager of the Vamp Up project, gave then a brief presentation of the ongoing development in the port of Vado Ligure (the Global Project), where a new deep-sea container terminal is being constructed by the Port Authority in partnership with APM Terminals Vado Ligure s.p.a. (a joint venture among Maersk, Cosco and Qingdao port), the company which will then operate the terminal.

Crucial complementary actions are supported by the Vamp Up project, such as the improvement of the last mile road and rail connections, the optimization of the intermodal terminal (4 x 450 m loading tracks) and the automation of railway operations (automated gate system, computer-controlled signaling sytem, IT management system).

All the actions are on the way and are synchronized with the port development workplan, allowing to set up an efficiently integrated intermodal system, with the aim to serve the first ship, expected in the new Vado terminal in the fourth quarter of 2018.

Vamp Up is a unique opportunity to support the connection between Motorways of the Sea and the TEN-T core network, optimizing the use of existing infrastructure capacities, rebalancing freight flows along the Rhine – Alpine corridor, facilitating congestion relief and more balanced modal distribution, supporting the achievement of relevant environmental benefits and producing a positive impact on the EU population and economy. 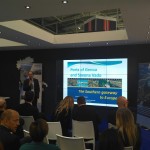 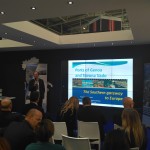 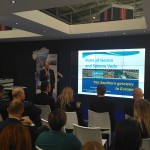