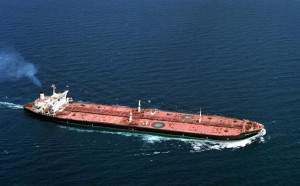 New York – In their recent published Annual Report 2014 Top US Coast Guard official says there will be no let-up in the battle to end ship-sourced waste-oil pollution and ISM Code deficiencies, with even tougher inspection procedures on the way. The safety performance of ships calling at US ports appears to be deteriorating, according to the latest figures, but the US Coast Guard (USCG) says it is because its inspectors and inspections are getting better. The USCG says it has improved inspection procedures and they are set to be tightened even further in the near future. According to the USCG annual report for 2014, the detention rate is on its way up, contrary to the trend at the other main port-state-control (PSC) regions of Paris and Tokyo where detentions are down. Detentions reached an all-time low in the US in 2013 at 1.11% of ships inspected but increased last year to 1.13%. That rise was also based on a lower number of inspections over recent years from 10,129 in 2011 to 9,232 last year. Rear Admiral Paul F Thomas, assistant commandant for prevention policy at the USCG, writing in the annual report, said: “What is concerning is that while conducting the lowest number of safety exams, the number of detentions for environmental protection and safety-related deficiencies has slowly increased in the last four years.

Our detentions went from 97 in 2011 to 143 in 2014. Also concerning is that despite a 5% decrease in ship visits from 2013, the percentage of detentions has risen by about 15% over that same time period.” However, Thomas adds, the development is partly due to improvements the USCG is making in its inspection regime. He says PSC inspectors have had to adjust to the changing nature of the shipping industry and further upgrades are planned. “I attribute these increases to our renewed efforts in marine-inspector training programmes and more emphasis on recognizing when deficiencies indicate a substandard condition that merits a detention,” he said. “In today’s global economy, this trend supports the need for continued PSC initiatives. As we move forward, we will continue to study these trends, analyze our data and modify our training initiatives and PSC programme accordingly.”

A key concern for owners has been the USCG’s strict policy on oily water separator (OWS) deficiencies, which have led to multimillion-dollar fines. Some owners have claimed that US inspectors are being overzealous in their bid to uncover environmental non-compliance. However, Thomas says that despite the heavy fines and widespread publicity, inspectors are still coming across cases of non-compliance with the International Maritime Organisation (IMO)’s MARPOL Annex I, under which oily water waste is covered. He says crews are still either bypassing OWS systems, not conducting proper maintenance or, in some cases, do not know how to operate the equipment. He says there will be no let-up in the USCG’s focus on MARPOL Annex I deficiencies. Thomas said: “We also found several vessels that failed to properly operate or conduct proper maintenance on the OWS. As we move forward, I will continue to look for owners, operators, crews, flags and class societies to make it a goal to eradicate such unsafe practices. I appreciate those vessel owners and operators who remain committed to fostering a culture of safety and security on their vessels, and I look forward to continued improvement in the future.”

MARPOL Annex I non-compliance was the second-most common reason for detaining vessels last year. The most common was International Safety Management (ISM) Code deficiencies. Thomas says there are still instances of crews not knowing their own onboard safety procedure. “In most cases with ISM, it is clear that the master and crew were either not familiar with ISM requirements or failed altogether to properly conduct required maintenance of the ship’s equipment in accordance with the procedures in their system,” Thomas said. USCG warns owners over safety performance as detentions rise. Please find below link to USCG annual report for 2014.