US tariffs cause crane conundrum 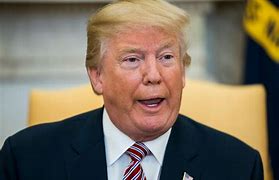 Trump’s trade tariffs are proving to be a particular headache for US East Coast ports, finds Martin Rushmere.

Out of the murk and clouds of confusion swirling around the White House tariffs, or penalty duties, on capital goods imported from China has come the realisation that US East Coast ports will be especially hard hit.

The collective voice of port authorities, the American Association of Port Authorities (AAPA), has asked the US Trade Representative to give relief to ports by exempting ship-to-shore cranes (almost entirely super post-Panamax) from the 10% or 25% levy proposed in the terms of Section 301.

Observers point out that the US East Coast is most likely to suffer as it has far more cranes on order than the US West Coast. One analyst describes US East Coast expansion projects as “catching up” with their competitors, which already have the capability to handle big ships and need only to modify their existing equipment. As an example, Oakland has just finished a project to raise four STS cranes by 8 metres to 120 metres.

Details are hard to come by, but an informal estimate suggests that between 10 and 14 STS cranes from China are on order for the US East Coast, compared with less than six for the US West Coast.

Charleston, South Carolina is one of the ports that could be affected. Its joy at getting two ZPMC 47-metre cranes at a discounted price of $9m each – down from the usual price of $11m-$12m – which arrived last month, could be short-lived if the tariffs go ahead. Six more cranes are on order, thought to be costing closer to the normal price, for the Wando Welch and new Leatherman terminals. Total cost is about $70m.

A telling indication of just how dependent US East Coast ports and terminal operators are on China comes from Jim Newsome, the South Carolina Ports Authority president and chief executive. Speaking of ZPMC, he said: “You’re married to them — you’re not just dating them.”

The AAPA contends that China is also the only manufacturer of low profile cranes, used at ports close to airports. Some observers dispute this and say that Japan’s MES makes excellent similar types. However, a port executive tells Port Strategy that these are not suitable for the US market, taking into consideration price and materials used. He declined to go into detail.

Virginia for one is alarmed by the possible tariff effects. The Port of Virginia has ordered four STS cranes from ZPMC costing $41m, due to be delivered in early 2019. Chief executive John Reinhart hurried to Washington to tell the Trade Representative, “inclusion of gantry cranes on the product list subject to tariffs poses a direct threat to this major infrastructure project, which the nation can ill afford”.

US East Coast executives are mostly being diplomatic about the trade effects of the tariffs. But their true feelings can be gauged from a comment by Erin Dhand, spokesperson for Charleston, South Carolina. “The port supports free trade and believes that efforts currently being discussed to make trade fair support the enhancement of free trade in the long term. We are hopeful that a resolution will be reached in the near-term. Overall, the world benefits from reducing trade barriers.”

The AAPA might have a more difficult task in persuading the USTR to drop the penalties on all yard and gantry cranes. These two are more likely to affect the US East Coast because of the ‘catch up’ situation.

Georgia Ports Authority is a case in point. Its Mason Mega Rail project received a $44m grant from the federal government’s ‘Buy America’ subsidy for domestically manufactured steel and iron components. The cranes for which the waiver is being requested cost $40m of the overall $126.7m project costs.

Konecranes in the US is making many of the crane components. The drives and controls for the rail mounted gantries will be supplied by a US subsidiary, based in Virginia, of Japan’s TMEIC.

Under the current White House administration, Buy America is becoming a more important policy element. Some project developers have been using the programme on a selective basis, almost cherry-picking items made domestically that cost about the same as imported components. For those that cost significantly more, exclusions and waivers are sought to buy foreign products.

The federal government is now likely to vet applications much more closely and implement an ‘all or nothing’ approach, leaving developers the choice of buying components laden with heavy tariff penalties.

Meanwhile, US East Coast ports are keeping up their hunger for bigger ships, eager to tell the world that they are digging as deep as or deeper than their competitors. Says David White, executive vice president of the Virginia Maritime Association: “The Port of Virginia always had a competitive advantage with our 50 feet (15.2 metres) and will continue to have that advantage when we go to 55 feet (16.7 metres),” due for completion in 2024.

Mr White notes that the navigation channel is being widened to allow two-way traffic “and in a year’s time we will be able to handle 1 million more containers than today.”

Virginia’s strategy of concentrating more on rail has paid off handsomely, with 36% of cargo now going by rail and aiming for more than 40%, according to John Reinhart, executive director, Port of Virginia. Savannah is following the same path, aiming for 25% from the existing 20%.

Unlike the US West Coast, where smaller ports long ago accepted the futility of trying to match Los Angeles/Long Beach and largely don’t bother with trying to capture market share, eyes along the US East Coast are on New York/New Jersey. In public and in private, executives speak of becoming the biggest.

To some extent, this is forced on them by boastful politicians. Governor Nathan Deal of Georgia says he wants the state to become “the transportation and logistics hub of North America”, which would mean container volumes overtaking NY/NJ. And a couple of years ago Florida governor Rick Scott was banging the drum for making the state the main gateway for the country.

Mr White is more sanguine. “New York is such a massive market that it will always be a magnet for commercial shipping. But we hope our market share of East Coast traffic will increase.”

Inland ports continue to be a significant and successful strategy for nibbling away at New York and taking more traffic from the US West Coast.

South Carolina is the leader in this and its Port Greer has exceeded expectations, handling 117,812 rail lifts in the fiscal year to the end of June. Dillon opened in April and is expected to handle 45,000 lifts in its first year.

Erin Dhand, the spokesperson for the port authority, says there is “strong potential for development of another inland facility in the future”.

Georgia has jumped into the ring with the opening of the Appalachian Regional Port, near Chatsworth. With a capacity of 100,000 lifts a year, its target market is North Georgia, Northeast Alabama, Tennessee and Kentucky. This could lead to some competition with South Carolina.

All these strategies are paying off. Figures from the Pacific Maritime Shipping Association show that in the first half of the year, the US East Coast’s 293,916 year-over-year increase in inbound laden teu was almost 50% larger than the 191,101 teu gain posted along the US West Coast.

Another trend in the winning column is greater emphasis on inter-port co-operation and alliances. Here, one major development has been cemented and others are in the pipeline.

Virginia and Georgia report that their East Coast Gateway Port Terminal Agreement has been tremendously successful – so much so that Norfolk and Virginia have an East Coast market share approaching 33% compared with about 30% for New York-New Jersey.

The major challenge all ports have to overcome when forming an alliance is the Federal Maritime Commission, whose decisions often take longer than the negotiations themselves. It is worth noting the terms of the approval notice issued by the commission. “The port authorities will be able to discuss matters related to joint marketing; the acquisition, utilisation, and best practices relating to operating systems and equipment; cargo handling practices and terminal operations; and optimising service offerings to ocean carriers.”

The two are expressly forbidden to collaborate on rates and charges.

There is no doubt that other ports, particularly in Florida, are very much aware of the fruits to be reaped from an alliance and are working to set up their own.

Virginia and Georgia say the container lines are extremely pleased with the arrangement. The proof of this should easily be deduced from increased calls and/or teu volumes but reshuffles of service strings and alliances present an inconclusive picture – bigger ships making fewer calls.

That said, box volumes are slightly up. With Zim joining the 2M Alliance on the Far East-US East Coast trade, strings and ship sizes have been shuffled but the result is that there will be a year-on-year growth of 2.7% against the 149,250 teu deployed last September, according to Alphaliner.

A different, but much wider, type of alliance has been formed with the Southern States Chassis Pool Agreement, initially for Charleston and Savannah. This replaces the South Atlantic Chassis Pool and has been approved by the Federal Maritime Commission to include Alabama, Florida, North Carolina, and Tennessee.

Puzzling to European and South East Asian port managers, the chassis system in the US has often been criticised for creating extra complications for the supply chain. Making it even more complicated is the involvement of a road transport-related organisation as the manager, which adds to the bureaucracy and fees. But the system is a permanent fixture and is not going away.

On a positive note, the mere fact that the South Carolina and Georgia ports have formed the pool is a very encouraging sign that ports know their future lies in being united rather than operating as rivals.

Jim Newsome, president and chief executive of South Carolina Ports Authority, has said that an extra 10,000 chassis are needed, an almost 20% increase on the 53,000 in use.

While capital costs of new projects might be a headache for the US East Coast, the region enjoys a definite advantage over the long term in the form of settled and almost harmonious labour relations. Even the most ardent US West Coast supporter acknowledges that employer-International Longshore Association (ILA) relations are distinctly better than those with the ILWU. A tentative, new six-year contract has been agreed, running through to 2024.

Part of the reason for the successful negotiations is a practical approach to automation coupled with giving concessions in one area and getting rewards in another. US West Coast unions typically refuse to give ground on anything.

Semi-automated equipment and technology automation will not be implemented until both management and the union agree to workforce protection and staffing levels. Implementation of new technology will be worked out on a local basis, in recognition that making decisions about automation was not a “one-size-fits-all” process.

Automation has already been implemented, but at terminals outside the remit of the ILA. Union watchers say the ILA is looking more to keep stable employment numbers than prevent the inevitable creep of automation.

Looking over everyone’s shoulder is the fanatically anti-union sentiment emerging in the White House and Congress, which would physically step in should there be port disruptions. This would be disastrous for both sides as the intervention would probably be clumsy, disrupting cargo flows, ship movements and logistics for no good reason. Container royalties will be increased but reduced at ports where the ILA competes with terminals that do not employ ILA members. The union calls this its “Caribbean Basin Initiative”.

As a regional maritime executive put it, only half-jokingly: “Here’s to raising a glass to more troubles on the US West Coast. It’s a win-lose situation for us, because we get more traffic.”