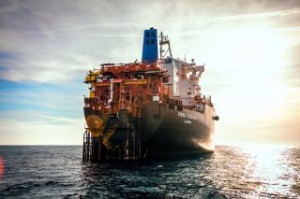 German energy company Uniper on Friday informed that it is delivering Italy’s first LNG cargo shipped from the United States.

Uniper Global Commodities, the company’s trading subsidiary, will deliver 105,000 cubic meters of LNG to FSRU Toscana terminal off the coast of Livorno, Italy, where it will be stored until needed, the company said in its statement.

As LNG World News informed earlier, the cargo has been sourced from Cheniere’s Sabine Pass LNG terminal in Louisiana on the coast of the Gulf of Mexico. It is being transported on board the 156,007-cbm WilPride.

This will be the fourth Sabine Pass cargo to land in Europe following earlier deliveries to Portugal, Spain, and Turkey.

Uniper won the cargo delivery through a tender issued by OLT Offshore in October and is the second cargo that the company is delivering to the FSRU Toscana, following a 135,000-cbm cargo delivered in late June.

A number of media reports suggested that the cargo had initially been sold to PetroChina on a free-on-board (FOB) basis, with the Chinese state-owned company selling the cargo on to Uniper, as the German company looked to fulfill its tender obligations.

It remains unknown whether the WilPride is fully loaded and if PetroChina would deliver the excess volumes to another terminal.