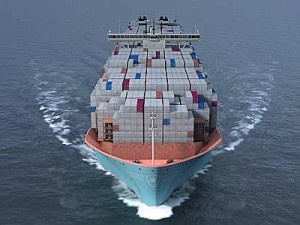 Mogadishu – The United Nations Security Council authorized the inspection of boats suspected of carrying illegal shipments of charcoal or weapons to and from Somalia on Friday, though Russia and Jordan abstained from the vote over concerns about the move. The resolution, adopted by the 15-member council with 13 votes in favor, approves the use of “all necessary measures” – diplomatic code for military force – to carry out such inspections. The council imposed an arms embargo on Somalia in 1992 to cut the flow of arms to feuding warlords, who ousted dictator Mohamed Siad Barre and plunged the country into civil war. The Security Council then banned charcoal exports from Somalia in February 2012 in a bid to cut off funds for al Shabaab, an al Qaeda-affiliated group fighting for control of Somalia and enforcing strict sharia law in areas it occupies. Jordan’s Deputy U.N. AmbassadorMahmoud Hmoud raised concerns that the council resolution does not contain “a sufficient guarantee to prevent any abuse of this authorization and to prevent any obstruction of the maritime navigation.” “It might be used for political gains that go beyond the objectives of the resolution that is to fight illicit trade in charcoal and weapons,” he told the council.

An international coalition of maritime forces has for several years been patrolling the waters around the Horn of Africa nation to counter piracy and other illegal activities. The Somalia-Eritrea Monitoring Group, which oversees compliance with U.N. sanctions on the two countries, said illegal charcoal exports in the past year were worth at least $250 million with a third of shipments linked to al Shabaab. “Charcoal is giving al Shabaab a lifeline,” Britain’s U.N. Ambassador Mark Lyall Grant told the council. “The United Kingdom is confident that the provisions set out in this resolution will ensure that it is not abused.” The Somalia-Eritrea Monitoring Group said it counted 161 vessels exporting charcoal from Somalia’s southern ports of Kismayu and Barawe between June 2013 and May 2014. The cargos were mainly destined for the United Arab Emirates, Oman and Kuwait and 60 percent of the boats were Indian flagged or owned. Russia’s U.N. Ambassador Vitaly Churkin backed Jordan’s concerns about the inspection of vessels and questioned the work of the Monitoring Group, claiming it had based some conclusions on “assumptions and rash accusations.” Lyall Grant said Russia was defending Eritrea’s government. U.N. sanctions were imposed on Eritrea in 2009 for supporting al Shabaab militants. The Eritrean government says it has no links to al Shabaab and wants the sanctions lifted.