Ue-Japan, the cooperation is also about LNG market 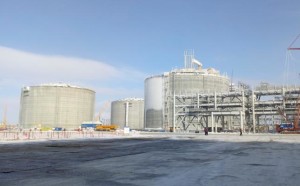 In the next four years, will be almost seven Italian ports where will be built LNG storage ,according to Rita Caroselli (Assogasliquidi), that will allow  our country toincrease the usage of LNG, especially as maritime fuel.

The Italian Ports, where should be realized the LNG storage center are the following: Venice, Naples, Cagliari, Porto Torres, Oristano (three the projects to evaluate), Leghorn and Ravenna. << The vessels of new generation,will have the possibility to be supplied by natural gas, an eco-sustainable fuel that represents the future of maritime transport and probably for road transport yet>>

Nowadays, in our country, are available sixteen industrial structures and two that refueling the canalized networks for civil and tertiary use, nine stations supplied  by natural gas and ten station service supplied by tank that will provide just LNG <<The real delay- Highlighted by Assogasliquidi – is certainly in the maritime field. In Italy, at the moment doesn’t exist any installation to provide LNG vessels. For this reason, is necessary speed things up, otherwise our ports risk to be cut off by the main cruise and commercial traffics to the advantage of Barcellona and Marseille seaport, at the same time we run the danger to not be adequate at European and International normative, that will be approved in the next years>>

At the present doesn’t exist any project to realize one or more LNG storage platform in Liguria, though  the ports president of  Genoa and Savona Paolo Emilio Signorini has declared to have set different meeting as said << We invite the principal operators, one of their is ENI, to build a storage in the port of Genoa, able to the refueling the different vessels present >> The Former secretary of Liguria Region  has added “Within 6 months we will take the decision about where realize the storage: the two naturals points are Petroli Ports and Calata Oli Minerali, but there are other two hypothesis that we are checking>> . << In the next months, Caroselli said- we will continue to be in touch  with the Ministers of Transport and Economics development. The purpose is to not lose time anymore>>

Source:  On the Mos Way Staff