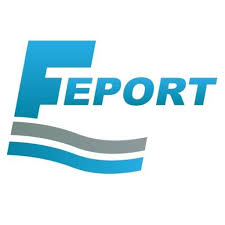 In the framework of the last trilogue meeting under the Dutch Presidency, representatives of the three institutions have reached an agreement on a compromise text of the Ports Regulation.

A large merit for this important successful outcome is owed to M. Knut Fleckenstein, his staff and to the Shadow Rapporteurs who have constantly consulted port stakeholders with the objective of producing a balanced text which among others contributes to a clarification of the applicable rules in terms of financial transparency of European ports.

The compromise text also acknowledges the existence of a diversity of ports models, the existence of competition in the cargo handling industry and includes social provisions that have been supported both by FEPORT and ETF.

FEPORT also warmly congratulates the Dutch Presidency negotiators for their efforts in reconciling the positions within the Council during the whole process of discussions and between the Commission and the European Parliament. FEPORT is looking forward to continuing the open dialogue with the Commission (DG MOVE) as it has prevailed these last months.

“By calling for a vote “en bloc” for M. Fleckenstein’s report during the European Parliament Plenary last March 8th, FEPORT and its port sister organizations have given the best evidence that contrary to what is often pretended the port sector is not conservative nor opposed to change. It is a “living” cluster ready to play its role for further sustainable growth and development to the benefit of the transport and logistics sector in Europe.” comments Lamia Kerdjoudj-Belkaid.

“Looking ahead, an important discussion regarding the GBER (Global Block Exemption Regulation) which also concerns ports will take place in the coming months and we sincerely hope that a real cooperative spirit and dialogue will continue to prevail be it with DG Competition or DG MOVE. Private investors need to have visibility and legal stability to be able to engage. It is therefore essential that the port sector is supported by a European sustainable and business friendly port and competition policy” concludes Lamia Kerdjoudj-Belkaid.