The European Commission has kicked-off the process for reviewing the 2013 TEN-T guidelines with a public consultation before summer. ESPO believes the review should not lead to a complete change of direction in the TEN-T policy. The rationale of the 2013 guidelines remains the same: achieving an efficient, sustainable and multimodal Transport Infrastructure Network in Europe. 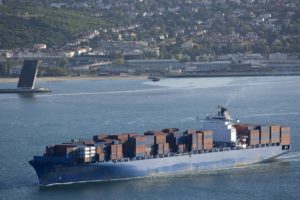 The European Sea Ports Organisation (ESPO) however believes that the European Commission should use the review as an opportunity to level the playing field between the maritime and the land links.

“More than 30 % of intra EU freight traffic is currently going over sea. The ongoing digitalisation, the progress on the internal market for maritime transport with the new European Single Window Environment framework and the greening of shipping, which seems to be delivering first on the short sea links,  will give maritime transport within the EU, and even within one Member State, a new impetus. It is now time to fully recognise the contribution of maritime transport to the aims of Europe’s Transport Infrastructure policy. The maritime dimension must be brought on an equal footing with the land-based corridors and links,” says ESPO’s Secretary General Isabelle Ryckbost.

More concretely, ESPO refers to the following discrepancies between the maritime and the land network:

The full contribution of ESPO to the public consultation on the review of the Regulation 1315/2013 on Union Guidelines for the Development of the Trans-European Transport Network can be found here.