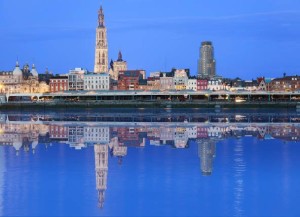 The Port of Antwerp has announced that it is expecting massive investments in the coming year.

The SEA-Invest group is planning construction of a new tanker terminal in the Delwaide dock representing an investment of approximately US$270 million; in the same dock the group will also operate an independent container terminal that it has acquired from Independent Maritime Terminal (IMT).

This facility is currently located in the Hansa dock but will be moved to the Delwaide dock where there is space for further development with an additional investment of around $55 million. Other new activities not directly related to the waterfront will help to reutilise the space released in the Delwaide dock.

Eddy Bruyninckx, CEO of the Antwerp Port Authority, said: “Thanks to the huge interest in the port area we have been able to select projects that offer the highest added value for the port area as a whole.

In the Hansa dock, meanwhile, the SEA-Invest subsidiary SEA-Tank Terminal will build additional tank capacity for Total on the concession that it acquired from the IMT container terminal, representing an investment of over $100 million.