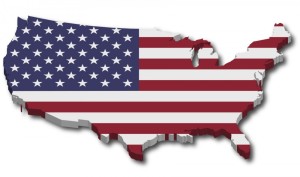 Leading provider of web-based international market intelligence Datamyne has released its annual US Port Report which ranks the top 20 US ports by volume of imports received in 2015.

The report profiles each port with statistics on mix and value of imports, leading importers and carriers, as well as gains or losses over 2014.

The Datamyne report is sponsored by and features analysis from PTI.

PTI Editor Richard Joy said: “It’s a pleasure to work alongside Datamyne and review the results from the US port sector in 2015. The report shows us not only how the US responded after a turbulent 2014, but also the shape it’s in for 2016, charting the health of the major US West Coast ports and how the East Coast and Gulf ports are shaping up for the opening of the expanded Panama Canal.”

Datamyne CEO Brendan McCahill said: “We designed the report as a handy reference for port authorities, carriers, logistic providers, importer and shippers – indeed, anyone with an interest in US ports of entry for oceangoing imports.

“This year’s report captures volume losses at the West Coast ports during a last year’s labour disputes and slowdowns and reveals which ports may have reaped the benefits in higher inbound volumes.”

Datamyne was founded in 1992 with the aim of clearly and accurately documenting import-export transactions in the Americas, Datamyne has since claimed a top-ranked position in the highly competitive US market for trade data.

Further insight on the report will be offered in Issue 71 of the Port Technology Journal which will be available in September, 2016. In this issue individual ports will comment on their results in 2015 and how they are performing to date.