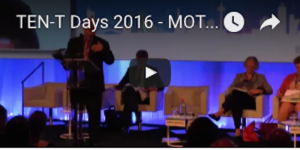 During last week, from the 20th to the 22nd of June, the important yearly event dedicated to European Transport, the TEN-T Days, took place in Rotterdam gathering more than 2.500 people coming from the industry, the public sector and the research fields. The event was organized by the Directorate-General for Mobility and Transport of the European Commission, in cooperation with the Dutch Presidency of the Council of the European Union.

Held in the Van Nelle Factory, one of the icons of 20th-century industrial architecture and belonging to the UNESCO World Heritage list, the three days event represented a crucial moment for the European Transport Community, that could take part in a list of interesting conferences and at the same time could explore the ample range of companies or institutions that were represented in more than 75 stands and more than 50 vehicles to try out.

The presence and full involvement of Violeta Bulc, Member of the European Commission, was crucial for the success of the event, combined with many presentations of high level speakers coming from the European Investment Bank, the European Parliament and the Directorate General for Mobility and Transport (DG MOVE).  As one of the main topic touched during the three days was related to financing and new investments tools, a list of conferences were dedicated to the investors, showing in detail the frameworks of the EFSI investments, as well as providing the expertise of the private sector and some practical examples. The rail sector was also addressed in detail, aiming at boosting international rail freight, involving issues such as the supply chain, the operational efficiency and the noise linked to rail operations. The TEN-T Days were also the occasion for presenting the work carried out within the 9 Core Network Corridors and the presentation of the Detailed Implementation Plan (DIP) of the Motorways of the Sea (MoS).

The presentation of the DIP took place the 22nd of June: Mr Brian Simpson OBE, had the pleasure to illustrate the content of the key document within the MoS framework and after his presentation a list of prestigious speakers had the opportunity to represent their view to the audience, more than 230 people were present during the MoS session. The session was divided between stakeholders from Institutions and from the industrial sector; important contributions, from the Institutional environment, were provided by:

The stakeholders of the Industrial field that provided their input were:

To conclude a Round table, moderator by Nigel Lowry, on future investments in shipping was settled, at the presence of:

The MoS Session had a great success among the participants that actively participate to the presentation and discussions; the interest in the topic and in the content of the document was extremely high!

For the ones that were not able to join the Conference, it is possible anyhow to download the DIP and to have a view of the DIP presentation during the TEN – T Days. 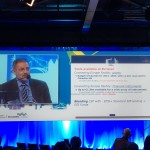 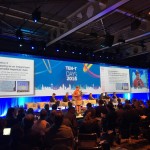 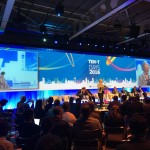 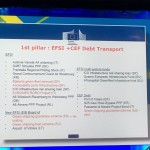 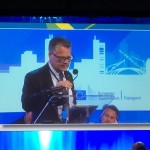 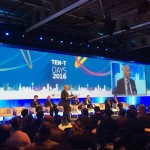 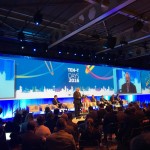 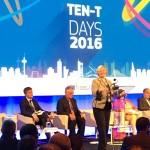 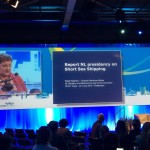 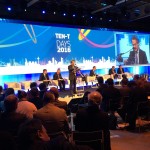 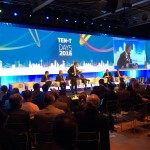 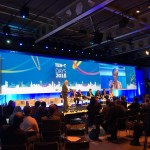 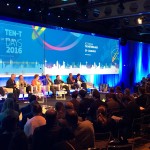 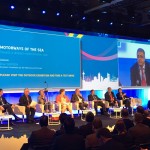