WiderMoS and Motorways of the Sea fly to Panama 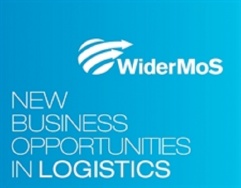 From 17th to 20th of November, Panama will host the conference on “ Trends and perspectives of Motorways of the Sea: a European concept for countries of Centre America”. The event is a part of the tasks of dissemination of the obtained outcomes at the end of WiderMoS project (Wide Interoperability and new governance moDels for freight Exchange linking Regions through Multimodal maritime based cOrridorS), co-financed by the European Commission and the Innovation & Networks Executive Agency (INEA), as a part of calls CEF – Transport (Connecting Europe Facility).

The conference will hold at University of Panama and it will be developed in four days. The event will be an occasion to reinforce the developed solutions in Europe in the field of Motorways of the Sea, and to exchange the experiences between Europe and Central America with a focus on the projects developed by COCATRAM (Central American Commission on Maritime Transport) and Mesoamerica Project regarding the sectors of ports, logistics, shipping, industries and academic.

The conference will be an occasion to show the advance on the Motorways of the Sea. Thanks to the developed solutions on the European intermodal sector by the trans European network of transport, the concept of maritime transport at short distant in the Region of Center America could be implemented through the maritime transport integration into the global door-to-door logistic chain. In addition, the outcomes of Corridor Management Platform pilot (CMP) developed inside the WiderMoS project will be shown.