The Analyst: geopolitics and port development 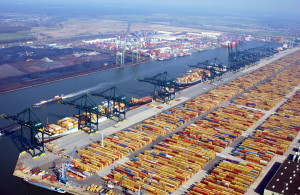 This dimension came to the fore recently with the news of the new agreement struck between China Merchants Port Holdings Company and the government of Sri Lanka on the Hambantota port development project in a remote part of Sri Lanka. The project was financed with a Chinese government loan, but so far has not attracted sufficient business to be profitable.

This was not completely unexpected: the local cargo base is very small and thus the business the port aimed to attract was transhipment and, as a spin-off, bunkering, re-export processing activities and the like.

The port rightfully claims a ‘strategic location’ but that alone is not sufficient for successful development. A huge chunk of the envisioned 20m teu throughout would have to be transhipment cargo to and from India. This is where geopolitics kicks in: India’s cool stance towards One Belt One Road – partially because of OBOR’s significance for its rival Pakistan – has meant it has not been supportive of the Hambantota port development project. Instead it has voiced concerns regarding the dominant role of China and the port’s potential use as a military base.

Sri Lanka seems to be losing out in this geopolitics-influenced port development game: they have accepted loans for the development of the port, but are struggling with repayment because the port so far has not created revenues, nor significant value for the Sri Lanka economy.

The lesson for other countries where economic and geopolitical interests mingle: beware of grand visions and soft loans for port development. These two combined may be a toxic recipe for major investments in port development that lack a solid business case or launch customers that contractually commit to bring cargo volumes and investments.

The risks of such major investments are huge, and assumed by countries that are probably better off with a more cautious step-by-step approach to port development. As I have argued before, the root cause of the risky port development decisions lies in public sector decision making, which may be receptive to grand visions and not sufficiently long term focused enough to appreciate the risks of soft loans for risky development projects.