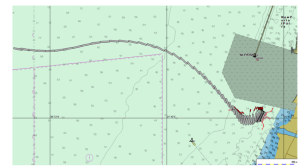 “The navigation simulation workshops were significant components in fostering collaboration with the project ports and port stakeholders. Through genuine discussions and interaction, we built a common knowledge base about the proposed bunkering operations within each port, aiming at improving operational effectiveness and mitigating risks”, underlines Anna Apostolopoulou, Poseidon Med II Project Manager for Lloyd’s Register.

The findings of the simulation workshops, which were concluded in Lemesos in February 2017, will be integrated to the Environmental Impact Assessment Studies, along with other safety studies and assessment tools, all effectively contributing to the development of a thorough and robust safety impact assessment of the proposed LNG installations within the ports and the Revithoussa LNG terminal.

«These simulations, as they are assimilating interactively the results of the numerical simulations of wind induced wave disturbance in the Port’s entrance and around the berths of the LNG feeder vessels, constitute a valuable tool for the optimization of the design of the necessary harbour infrastructure, from the perspective of safety of operations», underlines Dr. Christos Solomonidis, Poseidon Med II Project Manager for Rogan Associates SA.

What is Poseidon Med II project?
Poseidon Med II project is a practical roadmap which aims to bring about the wide adoption of LNG as a safe, environmentally efficient and viable alternative fuel for shipping and help the East Mediterranean marine transportation propel towards a low-carbon future. The project, which is co-funded by the European Union, involves three countries Greece, Italy and Cyprus, six European ports (Piraeus, Patras, Lemesos, Venice, Heraklion, Igoumenitsa) as well as the Revithoussa LNG terminal. The project brings together top experts from the marine, energy and financial sectors to design an integrated LNG value chain and establish a well-functioning and sustainable LNG market. 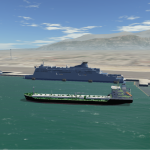 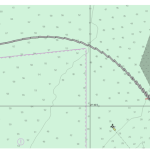 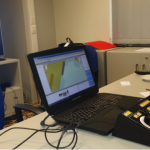 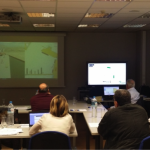 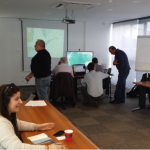