Shipping Compliance to Cost Half a Trillion 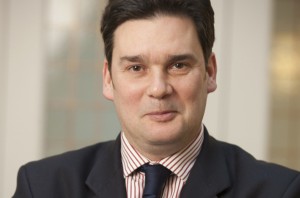 In a recent technical paper published by PTI, Simon Bennett, Director of Policy & External Relations, International Chamber of Shipping (ICS) has estimated a total cost of US$500bn in the next 10 years for shipping lines who must comply with the IMO’s new environmental regulations – a figure that could be much higher in the coming years.

Initially, it was thought that shipping lines would be paying around $100bn a year in annual fuel costs as a result the 0.5% sulphur cap.

Simon Bennett said: “The shift to low sulphur fuel represents one of the most pressing regulatory challenges now confronting the shipping industry. Many in the industry believe that the global cap, in particular, could be a real game changer, similar to the oil price shock in the 1970s and the closure and reopening of the Suez Canal.”

Mr. Bennett was recently at a UN summit in New York where he represented the shipping industry and saying that shipping needs to be commercially viable to support environmental improvements.

In an effort to combat emissions, maritime services company, Tote, is to launch the world’s first LNG containership in San Diego, US in April, 2015.