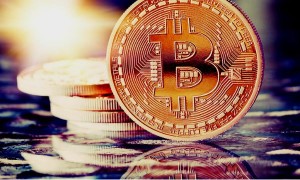 Ukrainian shipping company Varamar Ltd. has announced it will start accepting payment in bitcoin, revealing the vast potential for the use of cryptocurrency in international shipping.

Alexander Varvarenko, Founder of the Odessa-based shipper Varamar, said it is currently negotiating its first deal in bitcoin with a client, according to Bloomberg.

Varvarenko said bitcoin will make it easier to do business with customers in countries affected by sanctions, and means less paperwork than traditional bank deals.

“Paperwork for transactions is a complicated issue with banks, and bitcoin payments will help solve that by being faster,” he said. “It could also help solve payment problems in countries like Pakistan, Russia, Sudan, Yemen, and Qatar, which have safe companies but are victims of sanctions being imposed against their governments.”

Other shippers such as Russian broker Interchart Shipping Inc. are also looking into bitcoin payments as a solution to help customers who aren’t able to easily transact in dollars due to bank restrictions.

Ivan Vikoulov, Managing Partner at Quorum Capital, a Gibraltar-based grain trader is working with Interchart on the bitcoin system.

Vikoulov said: “We still have to do our homework on this as it’s a new way of payments.”

The bitcoin deal follows from several other future-looking alternative payment systems shaking up the shipping sector.

In August, 2017, Hong Kong-based 300cubits introduced a new blockchain-based technology as a solution to overbooking and shipper no-shows.

Its TEU token was introduced to ocean shipping lines and shippers and aims to remove the need for trust by securing deposits for shipment bookings. It also allows users to penalise bad behaviour, acting as a container shipping Bitcoin — the currency used in blockchain transactions to provide greater visibility into transactions.