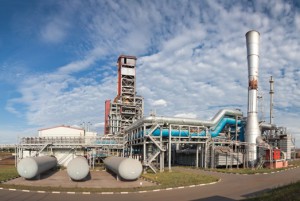 The terminal, which NCSP expects to be completed in 2018, will allow Metalloinvest, part-owned by Russia’s richest businessman Alisher Usmanov, to divert its export capacity from Ukraine to Novorossiisk, an industry source told Reuters. Relations between Russia and Ukraine have deteriorated sharply this year as pro-Russian rebels in eastern regions have sought to break away from central rule by Kiev. Economic ties have also been affected. Metalloinvest and NCSP plan for the terminal to be able to export up to 10 million tonnes of iron ore and pig iron a year by 2018, the companies said in a statement on Wednesday. NCSP, which currently ships around 2 million tonnes of iron ore a year, did not say how much money it would invest in the terminal but said it would not need to borrow to finance the construction.

Metalloinvest produces iron ore mainly in southern Russia, relatively close to Novorossiisk. “Expanding bulk cargo operations is a strategic priority for NCSP Group, and today this strategy has been backed up by cargo traffic expectations,” the port operator quoted its CEO Sultan Batov as saying. Metalloinvest exported 11.1 million tonnes of iron ore in 2013. The company ships its goods via three Black Sea ports, two of which are in Ukraine, two Baltic Sea ports and by rail.