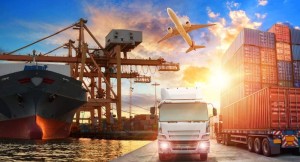 The Port of Rotterdam Authority and IBM have announced their collaboration on a multi-year digitization initiative to transform the Port of Rotterdam’s operational environment using Internet of Things (IoT) technologies, AI and The Cloud.

The initiative will also prepare the Port of Rotterdam’s entire 42-kilometre site to host ‘connected’ ships.

The connected ships will have a centralized dashboard application that collects real-time water, weather and communications data, which is then analyzed through an IBM IoT platform and processed into real time data.

Paul Smits, Chief Financial Officer of the Port of Rotterdam Authority, said: “Here in Rotterdam, we are taking action to become the smartest port in the world.

“Speed and efficiency is essential to our business, and requires us to use all of the data available to us.

“Thanks to real-time information about infrastructure, water, air, etcetera, we can enormously improve the service we provide to everyone who uses the port, and prepare to embrace the connected, autonomous shipping of the future.”

As the largest port in Europe, the Port of Rotterdam handles over 461 million tonnes of cargo and more than 140,000 vessels annually.

As the Port of Rotterdam begins its digital transformation, sensors are being installed across 42-kilometers of land and sea – spanning from the city of Rotterdam and way into the North Sea.

This data will be analyzed by IBM’s cloud-based IoT technologies and turned into information that the Port of Rotterdam can use to make decisions that reduce waiting times, determine optimal times for ships to dock, load and unload, and enable more ships into available spaces.

In the near future, the Port of Rotterdam will be able to predict the best time to have a ship arrive and depart Rotterdam, ensuring that the maximum amount of cargo is loaded on board.

The Port of Rotterdam’s digital transformation project is enabled by IBM’s cloud-based IoT technologies and will see the Port of Rotterdam and IBM working together to uncover other innovative applications of artificial intelligence.

Cisco and Axians are also involved in the project.

Such collaborations are likely to be very heavily discussed and reviewed at the upcoming PTI Container Terminal Autoamtion Conference, which reveiws AI and automation in ports across the world, as well as in the wider supply chain.