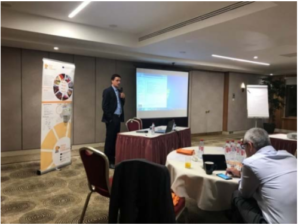 On Monday 16th July 2018 the FFC Final Event took place at Warwick hotel in Brussels. The event, organized by the partner RAM Logistica, Infrastrutture, Trasporti S.p.a. – leader of the communication activity, in collaboration with the project coordinator Luka Koper, saw the participation of the main stakeholders involved in the action. To this regard, the meeting was attended by 3 members of Inea, respectively Mr. Jaroslaw Kotowski – INEA Senior Project
Manager, Mr. Evert Mink – IneaTechnical Advisor for MoS, Mrs.Anna Livieratou – INEA Senior Project Manager, that followed the partners’ presentations with great interest. Fresh Food Corridors is a project, co-financed by the CEF Transport Program, establishing innovative logistics chains for perishable goods from the Middle East countries to the main Central European markets via 3 Mediterranean core ports: Venice, Koper and Marseille (plus a feasibility study via the ports of La Spezia and Cyprus). The corridors have been tested in order to create a smart transportation of dry and reefer containers, with the route, temperature and cold chain constantly monitored using innovative remote control systems to provide for faster, more sustainable and economically efficient fresh food transport systems.

Mr. Roberto Richter from the port of Koper, opened the discussion by showing to the participants an overview of the project: realized activities and the related deliverables accomplished by the project Consortium, in compliance with the Grant Agreement. Immediately after, Mr. Gad Barak, from the company Mehadrin, presented to the audience the main challenges of FFC, the new logistic method used and the experiences learned by the project. In particular, Mr. Barak focused the attention on the economic aspect of the initiative in terms of economic sustainability of the implemented actions. The presentation ended with an important consideration. The project has been created to find a solution for two of the major problems that are of great concern to the people of the European Union: the congestion of trucks on the roads and the reduction of air pollution. This project has been designed to actually test whether the use of trains can be a solution to these problems. The outputs and results gained by the project allowed to respond positively to this question. “As the person who managed all the logistic aspects of the project, dealt with it every day and studied the subject thoroughly. I must say: Europe has a complex and advanced railway .There are two main options for land transport, trucks (the problem creators) that actually have nowhere to progress and trains that have a lot of progress potential and their horizons are unlimited but they are not open to produce solutions” said Mr. Barak during the presentation. Mr. Roberto Richter gave the floor to the other partners, leader of the activities, that have shown the outputs and results, achieved under their respective tasks.

During the partners’ presentations, several considerations have been raised in terms of sustainability of the actions, critical paths addressed, possibility to exploit and multiply the impact of the project, supporting new corridors to be delivered in other actions within the Global Project framework. FFC has demonstrated several benefits that can be summarized as follows:
 shortened delivery times of specific refrigerated goods (for the goods shipped via sea
to north of Europe), hence extending their shelf-life and value;
 reduction of CO2 emissions associated with land transportation (modal shift from
truck to train);
 reduction of congestion & road fatalities associated with the use of trucks;
 improvement of regional, EU and Non-EU countries’ international cooperation on
trade in order to balance freight flows;
 possible reduction of costs of transportation using reefer trains 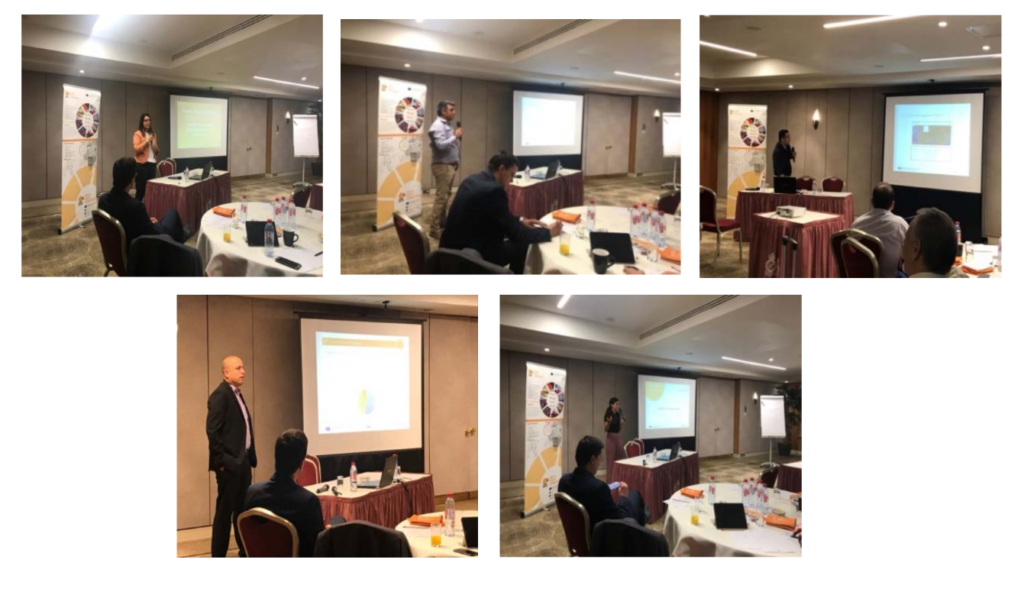 At the end of the discussion, Mr. Kotowski from INEA intervened in the debate thanking all the partners for their frank confrontation. He showed a great appreciation for the concept of the project: many European projects, granted under the CEF, have as objective the infrastructural construction, in this case the project core was to lead an innovative operational food chain involving all the logistical actors, so it may come naturally that, in the implementation of the project, there was some critical issues that have been addressed positively by the project. He argued that the effort beared by the project’s operational partners was important, and he hoped that this will be a great legacy for the future. As a matter of fact, FFC has proven that the logistics method tested during the project
deployment is feasible. The next step will be to put into practice this alternative methodology by offering reliable services able to attract more and more customers. To this regard, it is of crucial importance to promote this new concept, even through the concrete support of the Member States involved and the European Union.

Here below some picture of the event 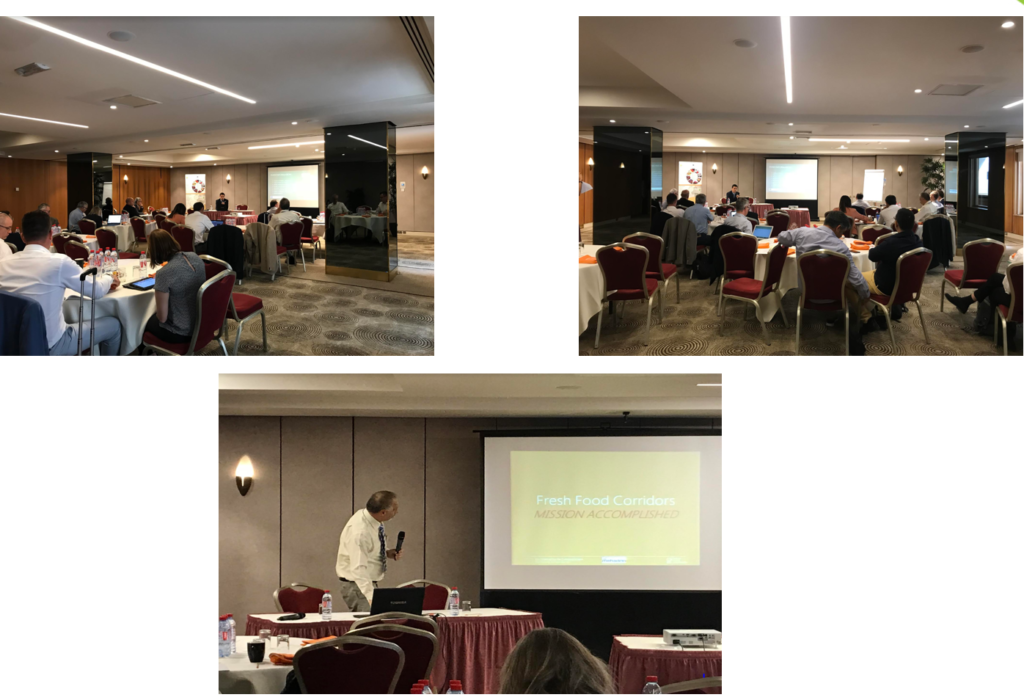