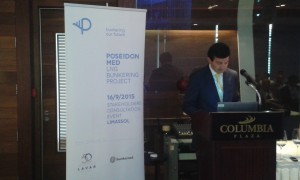 Poseidon Med Stakeholders Consultation Event was held on 16th of September in Limassol. Alecos Michaelides, the Permanent Secretary of Ministry of Transport, Communication and Works opened the Event. His participation was absolutely fundamental and precious. He said that Cypriot Government would support the implementation of LNG as maritime fuel throughout the duration of the project.

Cypriot Shipping and Energy Stakeholders took part to the Consultations Event in additions to governmental representatives; shipping companies, port authorities, bunkering companies, academia and press. The event represented an occasion to explain an overview of the current status and progress to date of the project.

During the Consultation Event, Ioannis Bakas, project manager of Poseidon Med, commented: “We are very glad to be hosting this event in Limassol, one of the core ports participating in the Poseidon Med project. The contribution of Cyprus as the leading member state of the project is of primordial importance and the organization of an open event to promote the project and raise awareness within the Cypriot Stakeholders was a milestone to us.”

Alexio Picco from Circle, presented the overall integrated approach on LNG port to inland corridor developed by the Port Authority of La Spezia and the Contship Group: “4 scenarios have been developed in order to react promptly depending on the different LNG situations we might deal with; consequently possible road maps will be prepared for the future integrated deployment of a LNG corridor between La Spezia port and the inland terminal of Melzo”. 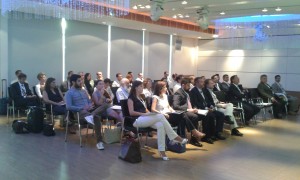