Lisbon, Portugal ,November , 2019 – On November 13, the 6th Portugal-China Gala was held under the theme ”Belt & Road and the New Cycle of Bilateral Relations”. It was organised by Câmara de Comércio e Indústria Luso-Chinesa (CCILC – Luso-Chinese Chamber of Commerce and Industry). 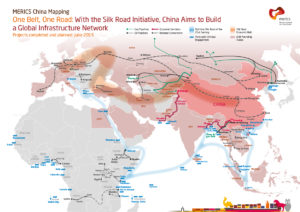 Guests included Minister of Infrastructure and Housing Pedro Nuno Santos, Secretary of State for Foreign Affairs and Cooperation, Teresa Ribeiro, the Ambassadors of the People’s Republic of China in Lisbon, Cai Run, and Portugal in Beijing, Jose Augusto Duarte and numerous businessmen, institutions and associations related to the relationship between the two countries.

The event started with a conference that addressed themes related to Belt & Road’s strategy (new Silk Road) and how Portugal could capture investments for the country, mainly related to infrastructure. The welcome note was addressed by CCILC President João Marques da Cruz.

At the Gala dinner, the Corporate Merit Awards were presented that distinguish companies, entities and personalities that stood out in bilateral relations this year. This year COFCO International and Elastron were awarded the investment prize in China and Portugal, respectively.

This dinner was also attended by the Secretary-General of the CCILC, Sérgio Martins Alves, and the President of the CCILC, João Marques da Cruz, both Ambassadors, as well as the Secretary of State for Foreign Affairs and Cooperation, who closed the Gala.

Last December, Chinese President Xi Jinping pressed Portugal to formally join Beijing’s “Belt and Road Initiative” during his visit to Lisbon, as the southern European nation signed a memorandum of understanding with China on the massive infrastructure plan.