Polish LNG terminal operator, Polskie LNG has recently received a permit for the expansion of the regasification capacity at the country’s first and only liquefied natural gas terminal located in the Baltic Sea port of Swinoujscie. 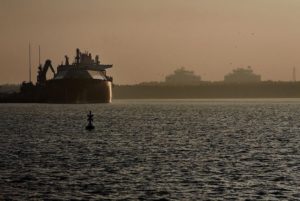 The permit issued by the province of West Pomerania covers only a part of the whole expansion programme planned by Polskie LNG.

Construction permits for the addition of a second jetty, a third LNG storage tank and a reloading facility connected with the Polish railway are yet to be secured, according to Jakubowski.

Polskie LNG, that is owned by Polish gas grid operator Gaz-System, already launched a set of tender procedures related to the regas capacity expansion and they are available on the company’s official website.

The LNG terminal operator plans to launch all key tenders for the entire expansion program by the end of this year.

Worth mentioning, the Polskie LNG chief said in an interview earlier this year that the new infrastructure was planned to be in service no later than 2022.