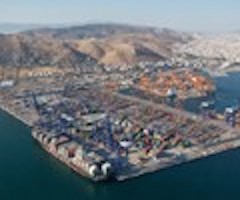 Greek seafarers are staging a strike Tuesday to Thursday across the country, the union announced, with previous such strikes affecting bunkering operations at Greece’s main port of Piraeus.
The strike will run from 6 am Tuesday to 6 am Thursday local time, the Panhellenic Seafarers’ Federation said in a statement Monday.
There is the potential for the strike, which is protesting tax and pension arrangements, to be extended, the statement said.
An earlier strike was scheduled from Sunday to Tuesday but operations were ongoing Monday, sources said.
The prospect of the new strike did not seriously impede availability or barging operations Monday, sources said.
“There was a small break in between [strikes] and barges loaded,” a trader said. “[This resulted in] only minor disruptions that didn’t really create any congestion or delays.”
The price of 380 CST fuel oil at Piraeus was assessed stable on the day Monday at $297/mt delivered.