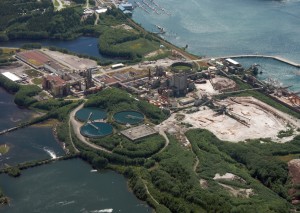 Malaysia-headquartered Petronas said poor market conditions are behind its decision not to procced with the Pacific NorthWest LNG project at Port Edward in British Columbia, Canada.

In a statement, majority stakeholder Petronas said the decision, agreed with partners Sinopec, JAPEX, Indian Oil Corporation and PetroleumBRUNE I, was made “after a careful and total review of the project amid changes in market conditions.”

Anuar Taib, Petronas’ executive vice president & chief executive officer – upstream, said, “We are disappointed that the extremely challenging environment brought about by the prolonged depressed prices and shifts in the energy industry have led us to this decision.”

Approved in 2015, the C$36bn project was due to comprise of two LNG liquefaction and purification plants, with a 12 MTPA plant capacity and the ability to serve 220 LNG carriers each year, making it one of the largest LNG facilities in British Columbia.

It would have operated from Lelu Island within the District of Port Edward on land administered by the Prince Rupert Port Authority (PRPA) and exported natural gas produced by Petronas’ subsidiary company Progress Energy Canada, based in Calgary, Alberta.

The project would have created up to 330 direct operational long-term jobs, approximately 300 local spin-off jobs and up to 4,500 jobs during peak construction, according to Petronas.

Environmental concerns included greenhouse gases and a potential threat to a salmon habitat.

Mr Taib added: “We, along with our North Montney Joint Venture partners, remain committed to developing our significant natural gas assets in Canada and will continue to explore all options as part of our long-term investment strategy moving forward.”