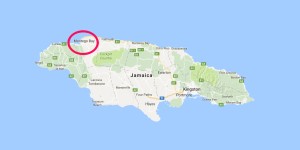 The Jamaican government has said that the ports of Montego Bay will be converted into a regional multipurpose port but not a dedicated container terminal.
According to the Jamaica Observer, the country’s minister for job creation Horace Chang said that the new multipurpose port will have a berth dedicated to cargo as well as berths for cruise shipping and a liquified natural gas facility. The cargo berth will be able to handle containers but that will not be its primary role.
“While we will be able to unload containers as we improve and expand the port and make it into a modern facility, it will largely be dedicated to domestic use,” Chang said.
“However, there will be direct shipping here and the opportunity will be available to our business people to not only import but to export to other Caribbean islands and the Central American region,” he continued.
At the moment, the North Jamaican tourist hotspot has cruise, commercial and LNG ports but containers have played a minor role.
After the state-owned Port Authority of Jamaica sold Kingston Container Terminal to CMA CGM, there had been speculation that a new major state-run terminal would be built in Montego Bay. This now appears not to be the case.