Multimodal transport and digital transport corridors will facilitate the rapid movement of goods between GUAM countries and the development of our economies. 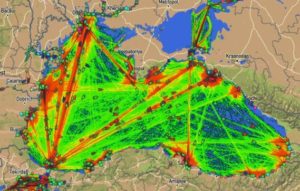 Commenting on the outcome of the meeting, the Minister of Infrastructure of Ukraine noted that the development of the GUAM transport corridor and the interaction within the GUAM, TRACECA and European TEN-T transport corridors will be important for the creation of a free trade zone for GUAM countries: the movement of goods between countries and the development of our economies as a result. We will also work on liberalization of air traffic and road haulage between our countries, ”said Vladislav Krykliy.

Following the meeting of the heads of government, two protocols were signed, confirming the common intentions for mutual recognition of authorized economic operators and their functioning and application of blockchain technologies for verification of certificates of origin of goods passing through the GUAM Member States.