MOTORWAYS OF THE SEA: the CPMR supports the policy and proposes options for the future 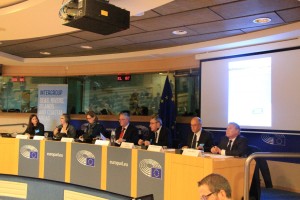 The CPMR is an association of 150 maritime regions, and as such is paying close attention to developments in EU policy on maritime transport. This mode of transport is crucial for regional economies, citizens’ mobility and the accessibility of territories, especially island regions that are heavily dependent on sea trade and transport.

To this effect, the CPMR has been very supportive of the Motorways of the Sea policy since its launch by the European Commission in 2001 and remains regularly in contact with the European Coordinator, Mr Brian Simpson. At a time when the Detailed Implementation Plan (DIP) is under review, and as the Connecting Europe Facility (CEF) regulation post-2020 will soon enter under discussion, the CPMR makes a series of proposals designed to contribute towards the review of MoS priorities and how they are implemented.

Two dimensions could be strengthened in the revised DIP: territorial approach and modal shift

The revised DIP should introduce a territorial pillar to cover the ensuing objectives: balanced coverage of all sea basins, with a development strategy for MoS for each sea basin; specific consideration of the outermost regions, islands and the Arctic area; extension of the MoS to ports outside the EU.
The CPMR also proposes to introduce a “modal shift pillar” based on a genuine instrument to support maritime services. If the EU is to achieve its climate targets, it must encourage modal shift. One of the obstacles to developing MoS is the lack of a European tool to help launch new shipping lines. When a shipping service shows no immediate profitability, ship-owners are faced with a risk that the EU could help to minimise. Without effort from Europe on this point, there will be an increased concentration of traffic in major ports with adjoining economically developed hinterlands. This would be contrary to the provisions of the TEN-T regulation (Article 4, which assigns to this network the goal of balanced geographical coverage).
Given the distortions in competition that may be generated by supply-driven financial support for services (i.e. granted to ship-owners), the CPMR invites the Commission to speed up its reflection on demand-driven support. Work carried out within the ESSF forum and on the MedAtlantic Ecobonus project could have a practical outcome in the form of a CEF funded instrument.
Since it is clearly easier to achieve profitability for a maritime service between two major ports that are well integrated into the global economy than for a link to a peripheral region, this future instrument would have to be applied with varying levels of intensity depending on the situation.

The co-funding rate for actions to support MoS, which is currently set at 30% for all actions, regardless of the specific characteristics of the territories linked by MoS could be differentiated to take account of “specific regional situations”. In particular, it should be raised to 50% for the outermost regions and islands.

The co-funding rate for harbour works could also be reviewed. It is currently fixed at 20%, whereas it is 40% for cross-border infrastructures. Considering that sea ports are inherently cross-border entities, in that they are gateways to the rest of the world, support for them should be aligned with the 40% rate.

One of the most controversial provisions of current implementation of the MoS policy is the restrictive access of comprehensive ports to the funding. The calls for projects issued since 2014 are indeed unfavourable to these ports, and consequently to peripheries. This should be changed, based on an amended interpretation of Article 21 of the TEN-T that would make eligible links between two ports of the comprehensive network as well as between an EU and a non-EU port.

These ideas and proposals are detailed on these links:
– Review of the CEF Post 2020. Principles advocated by the CPMR
– MoS: Contribution to the review of their priorities and implementation

Below the pictures of “Conference Motorways of the Sea: The conditions for success” jointly organised by CRPM and the EP SEARICA intergroup, in the presence of European Coordinator Brian Simpson, 7 March 2017 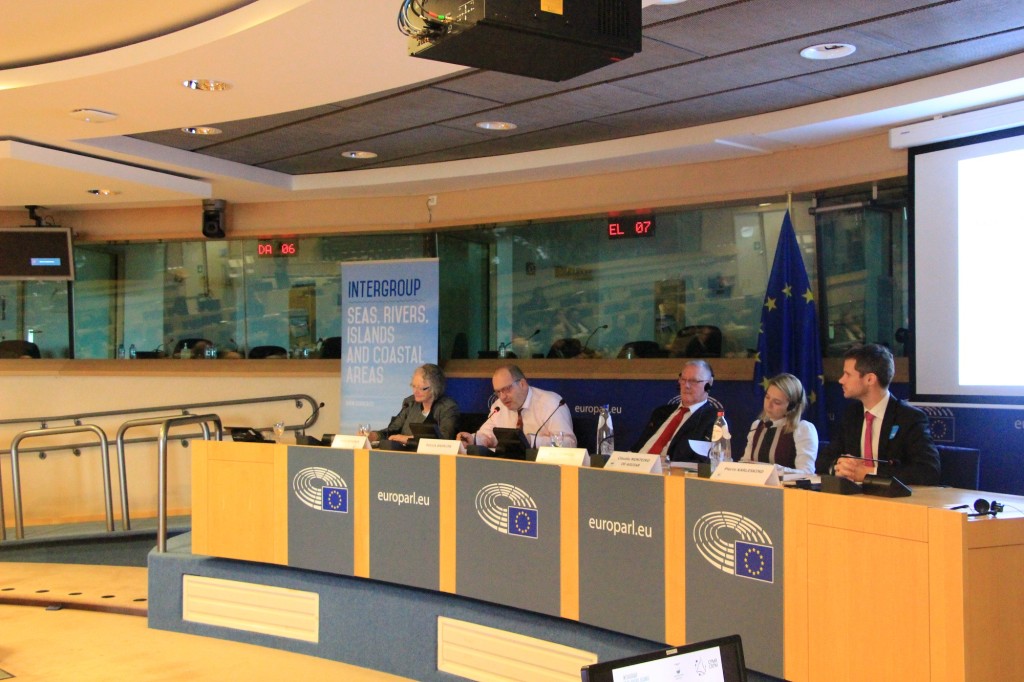