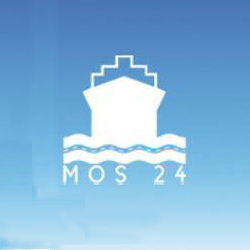 The Action is a study, which takes the form of a Pilot Action. Its main objective is to enhance the strategic role of the Priority Project 24 (Railway axis Lyon/Genova-Basel-Duisburg-Rotterdam/Antwerpen) of the TEN-T network, as main gate to Europe for the traffic of goods transported via the Mediterranean Motorways of the Sea (MedMos).

The goal is to create a “unique ICT multimodal Corridor between northern and southern Europe” by connecting virtually the PP 24 with MedMoS. The Action will analyze the bi-directional transfer of goods from central Europe to Med Countries and to Med ports through the combination of PP24 and the network of MoS, which interconnect to each-other through the Ligurian-French Port system. The Pilot Action will develop the demonstrator of an interoperability platform (MoS24) for interconnecting existing ICT modules and making them interoperable, and will deliver a service to users through the virtual MoS24 Co-modality Promotion Centre (CPC).

MOS24 CPC aims at giving a significant example of multimodal ICT services offered to the transport community. The action will be carried out in three main phases, namely: analysis of the demand along the corridor, review of existing subsystems and missing links, followed by the development and testing of an early version, the pilot demonstrator, consisting of the virtual CPC for the Southern Gateway.