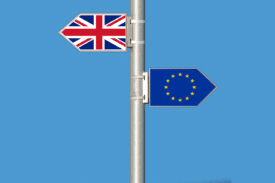 The UK government has announced a plan to create up to 10 new freeports which it says will boost the post-Brexit economy.

The British Ports Association has welcomed the Government’s announcement and has developed ambitious complimentary Port Enterprise and Development Zone proposals.

Richard Ballantyne, Chief Executive at the British Ports Association said: “We are pleased that Ministers recognize the vital economic role that ports play and we are keen to explore with the Government how this can be boosted further. We also welcome additional focus on how ports can further support national and regional economies. Many of the benefits of a traditional ‘free port’ can be achieved in the UK through existing processes, but we look forward to working with Government on how a UK-specific model can boost sustainable development in and around ports and add real value”. A full statement can be read here.

However, last April, MEPs on a special European Parliament committee on financial crime and tax evasion found freeports could be used for money laundering because they circumvent the normal international rules on transparency.

Last month, the European justice commissioner Věra Jourová said that the Singapore-style tax-free zones favoured by Boris Johnson have been identified as a money-laundering threat by the European Commission Free ports are “the new emerging threat”, she said.