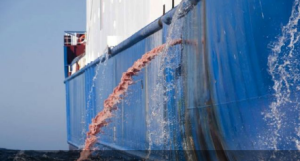 The new International Convention for the Prevention of Pollution from Ships (MARPOL) amendments have entered into force, which update ship fuel oil reporting requirements, garbage classification and IOPP certificates.

A large part of the amendments centre on the requirements for ships of 5,000 gross tonnage and above to collect data on their fuel oil consumption and are the latest mandatory requirements aimed at enhancing the energy efficiency of international shipping.

The data collection will begin on 1 January 2019 with data reported at the end of each calendar year to the IMO. The aim is to assist Member States in making decisions about any further measures needed to enhance energy efficiency and address greenhouse gas emissions from international shipping.

Amendments to MARPOL Annex V on Prevention of pollution by garbage from ships has also entered force which relate to cargo residues of products which are hazardous to the marine environment (HME) and Form of Garbage Record Book.

Regulation 4 and 6 amendments to Annex V require the shipper to declare whether or not they are classed as harmful to the marine environment. A new appendix provides criteria for the classification of solid bulk cargoes.

The Form of Garbage Record Book has also been updated. The Record of Garbage Discharges is divided into Part I for the use of all ships and Part II, required for ships that carry solid bulk cargoes.

A new category of garbage “e-waste” has now been included which includes electrical and electronic equipment that has the potential to be hazardous to human health and/or the environment.

Lastly, the amendments have updated Form B of the Supplement to the International Oil Pollution Prevention Certificate in relation to segregated ballast tanks.