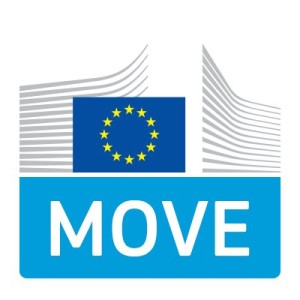 The European Commission welcomes the international agreement adopted this week within the International Maritime Organisation (IMO) on setting up more stringent rules on the safety of passenger ships.

The decision is a result of an agreement based on a proposal made by the European Commission and EU Member States in the IMO in January 2016. The proposal has been based on extensive research work funded by the EU and studies commissioned by the European Maritime Safety Agency (EMSA). The input provided to the IMO has driven the efforts to upgrade international standards for the damage survivability of passenger ships. When the amendments enter into force as per 2020, all new passenger ships will have to be designed to remain afloat for longer if their hull gets damaged – the improvement being most notable for bigger ships.

Commissioner for Transport Violeta Bulc said, “It is a matter of great satisfaction to see that the EU has paved the way to improve the safety of our citizens travelling on passenger ships across the world. I strongly believe that as long as international standards guarantee an adequate level of safety, reliance on international standards is preferable to specific EU solutions. With more than 200 million passengers embarking in EU ports each year, passenger safety is at the heart of the Commission’s transport policy”.

The agreement to make the design of passenger ships safer was reached within the Maritime Safety Committee (MSC) of the IMO, the United Nations body responsible for shipping.

The Commission will now assess whether the specific EU damage stability requirements for ro-ro passenger ships should be aligned to the global ones. The possibility for such an alignment was highlighted in the Commission’s report on the results of a fitness check on EU passenger ships safety legislation.

The current international standards for passenger ships in a damaged condition (SOLAS 2009 standards on the required subdivision index for passenger ships) reflect the safety level agreed in the IMO some 30 years ago. That was well before the extensive increase in size of (cruise and ROPAX) passenger ships and the technological progress that occurred in the past decades. The new IMO requirements for passenger ships allow for freedom of design, while improving the survivability of all kinds of passenger ships engaged in international voyages. Upon entering into force, the safety level will increase by 40% for ships carrying less than 400 passengers and more than 90% for ships carrying 1.350 or more passengers. Naval architects will have to provide for designs capable of withstanding more severe damage to the water resistant structure of the ship (hull), increasing its ability of remaining afloat after an accident.