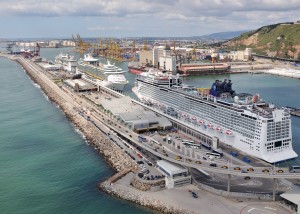 Two ships will be among the first LNG-fuelled car carriers when they enter service in 2019.

According to LNG World Shipping, Shell NA LNG and Shell Western LNG have signed a deal with Siem Car Carriers to supply LNG to the vessels, built to export Volkswagen Group vehicles from Europe to North America.

Growing importance
The vessels will be refuelled in Northwest Europe and the US.

“And this must happen, because new, stricter requirements are coming, because no sector can turn its back on the demands that the world imposes on us. “That is when every little benefits electricity generation at the quayside – but it helps even more if you actually use it to power your ship.”

Last year, Shell signed a supply agreement with Carnival to supply LNG to fuel two vessels due to be in service by 2019.

Carnival’s LNG-powered cruise ship AIDANova is due for delivery next year.

Carnival is building a total of seven vessels that will be the first cruise ships to be powered by LNG at sea.