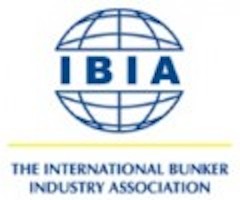 The number of ports planning to offer LNG bunkering facilities is growing, and oil majors are increasingly looking at adding this service to their portfolio. IBIA’s Annual Convention heard about concrete plans in Tenerife, and by the oil major Shell, and got a forecast from SGMF about the uptake of LNG bunkers in the next 7-10 years.

Interest in LNG as a bunker fuel has been on the rise in Europe for some time, supported by EU policies aimed at increasing the use of this clean, low emission profile fuel in transport. With the International Maritime Organization’s global 0.50% sulphur cap now confirmed for 2020, interest is set to grow outside emission control areas (ECAs). The legislative framework is also in place with the IMO’s International Code for Ships using Gases and other Low Flashpoint Fuels (IGF Code) set to take effect from 1 January, 2017.

As noted, we heard several examples of plans to put in place LNG bunker supply to ships at IBIA’s Annual Convention in early November, and news keep trickling in from around the world about new “world firsts” in LNG bunkering or LNG-fuelled newbuilds.

In Rotterdam, for example, Shell is planning to put an LNG bunker vessel into service in 2017.

Shell has also signed an agreement with the Port of Gibraltar, the busiest bunkering port in the Mediterranean, to look into developing LNG bunkering in conjunction with providing supply to a natural gas-powered electricity plant being built there.

Singapore is also going to introduce LNG bunkering. “Our aim is to provide all types of fuel the market needs,” Md Elfian Harun, Assistant Director (Bunker Services), Maritime and Port Authority of Singapore (MPA) told the IBIA convention. This is a recurring theme: major bunkering hubs are all planning to introduce LNG bunkering facilities because they believe in providing a full range of fuels and services, and local authorities are actively supporting it.

Singapore has already awarded two LNG bunker supply licensees, one of them to Pavilion Gas and the other to a Shell/Keppel partnership. Singapore is also supporting vessels to adapt to use LNG as fuel with funding, and developing LNG bunkering standards and procedures.

In Europe, several ports have been making use of European Union (EU) funding aimed at encouraging the uptake of LNG as a transport fuel, including Tenerife. This island in the Atlantic, just off the northwest coast of Africa, will soon be offering LNG bunkering, Airam Diaz, Commercial Director, Ports of Tenerife, told the IBIA convention. A regasification plant is being built at a new port, Granadilla, to provide power for Tenerife, and there are also plans to fuel vehicles and ships. The new facility is already slated to provide LNG to two new AIDA cruise vessels, starting in 2017.

Diaz stressed that LNG bunkering will also be available for other ships and said Tenerife could become ‘an ideal LNG hub’ for the region, highlighting that the area has big potential to attract passing trade.

Another “world first” recently emerged with an announcement by LMG Marin that it has signed a contract for the design of a large LNG-fuelled ferry for the Italian shipowner Caronte & Tourist. The 133 meters long vessel with capacity for 290 cars and 1,500 passengers is scheduled for delivery in 2018, and is expected to be the first ferry in the Mediterranean to operate on LNG bunkers. It will be optimized to operate across the Strait of Messina between Villa San Giovanni and Messina in Sicily.

With the 2020 goalpost in place, owners now have a clear date to consider their compliance strategies, but there isn’t much time so it seems unlikely that the uptake of LNG will be huge already by 2020. According to Mark Bell, General Manager, Society for Gas as a Marine Fuel (SGMF), the current gas fuelled fleet comprises just 0.14% of the total global fleet of 5,500 ships above 500 grt. There are some 80 LNG-fuelled ships in operation today and anther 80 on order, he told the IBIA convention. That number may be expected to grow to around 1,500 ships, accounting for 2.75% of the world fleet over the next 7-10 years, he said.

LNG bunkers can in fact technically be made available just about anywhere on relatively short notice providing local authorities permit it, because most LNG bunkering today is done by truck. But longer term and for larger ships, this is neither cost effective nor convenient. They need higher efficiency LNG bunkering options, and that is beginning to take shape. We can expect major hubs to be the first to offer effective LNG infrastructure, alongside providers in ports where LNG supply has been made available to cater to specific companies that have been early adopters of LNG, such as TOTE in the US and various ferry and cruise operators in European ports.

The majority of the world fleet will likely count on procuring oil-based marine fuels with no more than 0.50% sulphur in 2020, and there are likely to be many more ships with scrubbers that can use cheap high sulphur fuel oil than ships with LNG-fuel systems. The reason is simple; building LNG-fuelled ships and setting up effective LNG bunkering options requires huge investments compared to installing scrubbers.