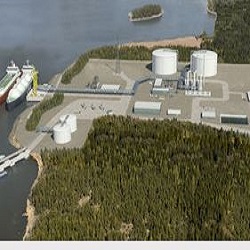 Baltic Ports Organization has announced the development of the “LNG in Baltic Sea Ports II” initiative within five ports of the Baltic Sea Region. The sequel project involves ports from Sweden, Germany and Lithuania. Three of them are TEN-T Core Network seaports and two are comprehensive ports. LNG small scale bunkering infrastructure studies are scheduled in the ports of: Helsingborg, Trelleborg, and Sundsvall, Rostock and Klaipėda (Klaipėdos Nafta).

The project builds on and at the same time is an extension of the well-established TEN-T project “LNG in the Baltic Sea Ports”. As such, it will contribute to achieving the results of the global project “Development of the LNG bunkering network in the seaports of the Baltic Sea region” as an element of the Baltic Motorways of the Sea programme.

Adding the partners of the succeeding BPO initiative to the seven ports from the ongoing TEN-T project- LNG in the Baltic Sea ports will result in the establishment of an extensive network of ports with planned facilities for LNG bunkering in the Baltic region (in total 9 of 22 Baltic Core ports and 2 comprehensive ports). This on its own will be a significant achievement in meeting the future clean shipping strategy in the Baltic Sea Region and in EU.

Financial Assistance Committee of the TEN-T Programme has recommended the project for TEN-T co-financing on 8th July 2014. The final formal approval by the European Commission is expected in early September.