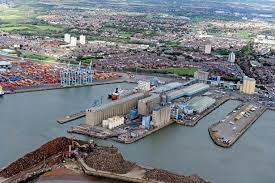 Peel Ports Group is to spend £5.5m on a new automated gate system with equipment from Kalmar and APS Technology in advance of its new automated terminal opening next year.

The new Liverpool 2 terminal will feature ZPMC STS and cantilever Automated Stacking Cranes with crane control systems from ABB, including remote control for the ASCs. The terminal will run on the Navis N4 TOS, which Peel Ports plans to implement at its existing terminal prior to opening Liverpool 2.

Though APS Technology is owned by ABB, Kalmar announced the gate contract is for its “Kalmar SmartLane automated gate system” with OCR technology provided by APS Technology. The OCR system will be part of an “AutoGates plaza” that Peel Ports is developing, which it plans to role out on or around the same time as migrating to the Navis N4 TOS.

“Haulier transactions will be fully integrated into our latest terminal operating systems, facilitating secure and efficient visits and minimising turnaround times at our terminals. Along with our other investments, this development will help ensure that our track record for innovation and customer service continue to be as strong landside as they are ship-side. The new AutoGates plaza will be capable of supporting the port haulage and logistics supply chains well into the future” said David Huck, Port Director for the Peel Ports Group.

Peel ports is taking a holistic approach to terminal automation for its new Liverpool 2 terminal and wants to role out as many of the systems as possible. Huck said as part of this approach Peel Ports is focusing on implementing systems off-the-shelf to avoid the extensive testing an ongoing compatibility issues with customisation. Kalmar and Navis are sister companies and Kalmar SmartGate is pre-integrated with Navis N4.
Source: worldcargonews.com