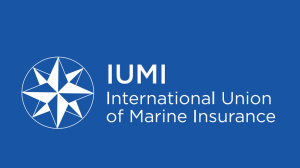 Since the last edition of IUMI EYE there have been meetings of the Council, the Assembly, the Ship Design and Construction SubCommittee and the Human Element, Training and Watchkeeping Sub-Committee. The Council is, in effect, the working executive of the IMO, and receives and approves the reports of the main committees that have met since its last meeting, and deals with the future administration and planning for the organisation. The Assembly met in December for its 29th session.
Member states were called upon to accept the 2012 Cape Town Agreement, which is an International Fishing Vessel Safety Agreement to address the heavy casualty rate in the sector. Ratification requires 22 states to agree, but to date agreement has only been accepted by five countries. Other matters addressed included a resolution commending the role of merchant shipping in rescuing mixed migrants at sea. It also adopted the budget and strategic plan for 2016, and endorsed the appointment of Mr Ki-tack Lim as Secretary-General from the 1 January 2016.
The Sub-Committee on Ship Design and Construction met in London from the 18 to 22 January. Among the topics debated was the definition of “industrial personnel”, such as workers transported on offshore service vessels. Such workers are recognised as being different from ordinary passengers and need clearly defined training and safety standards for carriage on board vessels. Other matters debated were the revision of subdivision and damage stability regulations in SOLAS chapter 11-1. Passenger ship matters included making an evacuation analysis mandatory for new passenger ships and reviewing the recommendation on evacuation analysis for existing passenger ships. There was discussion on revising and updating the guidance on wing-in-ground craft, and the review of the guidelines for use of fibre reinforced plastic within ship-structures, with particular focus to fire safety issues.
The Sub-Committee on Human Element, Training and Watchkeeping (HTW) met from the 1 to 5 February. Among the issues discussed was the draft revision and updating of the existing Guidelines on Fatigue, to promote improved understanding of fatigue and fatigue risk management. Following on from this debate, it was agreed to establish a correspondence group to consider amendments to MSC Circular 1014 (dated June 2001), entitled Guidelines on Fatigue. On a related topic was a discussion on the Guideline for Port State Control Officers on Certification of Seafarer’s rest hours. A working group, set up during the session, was unable to complete the task of amending the draft guidelines for Port State Control on the certification of seafarers’ hours of rest and manning. However, it agreed that the main body of the revised guidelines would be submitted to the Implementation of IMO Instruments Sub-Committee with annexes being left to be finalised at HTW 4.
The Sub-Committee was informed by the Secretariat of the large number of fraudulent Certificates of Competency found during inspections through 2014 and 2015. Member States were invited to submit proposals on a strategy to address the issue at the next session. The Sub-Committee also validated three model training courses which were: 1) Advanced Training for Chemical Tanker Operations. 2) Radio Navigation at Operational Level 3) Personal Safety and Responsibility The Sub-Committee also agreed to draft amendments to the STCW (Standards of Training Certification and Watchkeeping) Convention and Code regarding passenger ship training, which are to be submitted to MSC 96 for approval. Considerations included emergency familiarisation, effective communication with passengers, crowd management training, crisis management training and human behaviour training.