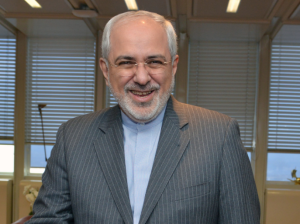 Iran’s foreign minister Mohammad Javad Zarif has said that the Middle Eastern state could collaborate on the construction of the proposed Nicaragua Canal.
On a trip to promote Iranian ties with Latin America, he stated: “Cooperation between Iran and Nicaragua can include collaboration in the construction of the [Grand] Interoceanic Canal to the areas of agriculture, energy production, petrochemistry, banking, credit, transportation, food and pharmaceutical industries, and science and technology.”
During his visit, Zarif met with René Nuñez Tellez, the head of Nicaragua’s National Assembly, as well as the country’s president Daniel Ortega.
Currently, the Hong Kong Nicaragua Canal Development Group (HKND) holds a 50-year concession to construct the US$50bn Nicaragua Canal, although it has been beset by delays.
In December 2015, HKND hired consultancy firm BMT Group to undertake a series of marine and port assessments.
If completed, the 278 km long canal would rival the existing Panama Canal for regional traffic.
However, the financial feasibility of the Nicaraguan project has been met with persistent scepticism with Panama’s vice president claiming Panama could “build a third, fourth, fifth expansion at a cost much much lower than it would cost to build a canal in Nicaragua.”