The International Chamber of Shipping (ICS) says it is encouraged by efforts made by the IMO Member States to resolve some pressing practical challenges ahead of the global implementation of the 0.5% sulphur in fuel cap on 1 January 2020. 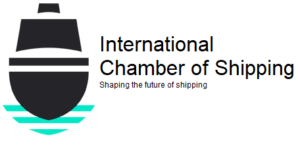 “Although there is still much work to be done, last week’s IMO discussions were positive.  Most important is that governments have acknowledged the safety concerns raised by industry about the use of compliant fuels including possible incompatibility. We are pleased that Member States have accepted their obligations under MARPOL to ensure that fuel is suitable for use and will not pose a safety risk to the ship or the crew and that IMO has now agreed that these critical issues should be urgently addressed by the next IMO Maritime Safety Committee in December 2017.”

ICS says it also greatly welcomes an important statement made by the International Organization for Standardization (ISO) to last week’s IMO working group.

“ISO announced that the existing industry standard for marine fuel oils, ISO 8217, already addresses the new 0.5% fuel blends that will be used by many ships to comply in 2020.  ISO also advised that it will be providing guidance on the application of the standard to these new blended fuels.”

“In view of recent concerns, ISO’s confirmation that no revision of the standards is needed prior to 2020 is very welcome as is ISO’s recognition that existing tools to assess compatibility are inadequate and its reassurance that ISO is actively seeking solutions before the 2020 deadline.”

Mr Hinchliffe added, “It will be vital for shipowners and crews to have confidence that new fuels will indeed be safe and compatible before taking delivery, which they will need to start doing several months in advance of January 2020.”

ICS has also welcomed the development by IMO, as suggested by the industry, of a template for ship-specific ‘Implementation Plans’, which will be adopted by the Marine Environment Protection Committee in October.

“This template will help ship operators to prepare for implementation and demonstrate good faith in doing everything possible to ensure compliance, which will be important if compliant or compatible fuel is not available in every port during the first few weeks of implementation.  Throughout last week’s meeting, the industry stressed the need for a pragmatic approach to enforcement in the event of any initial teething problems that are beyond the control of ship operators, and IMO has agreed that Port State Control authorities may take account of a ship’s Implementation Plan when verifying compliance.” Mr Hinchliffe explained.

ICS says that solid progress was also made by the Member States on draft guidelines for consistent implementation, fuel oil non-availability reporting, verification issues and amendments to the guidelines for Port State Control.

ICS is also pleased by the agreement to apply the 95% confidence factor of ISO 4259 to onboard fuel oil samples used for verifying compliance while retaining the existing absolute 0.50% limit for the MARPOL sample which is taken during bunkering. ICS says this should help avoid potential scenarios where the sample taken during bunkering receives an acceptable test result only for the in-use fuel to be found non-compliant.

“More work is obviously needed to fully address the important issues raised by the industry, but the usual IMO spirit of co-operation has moved us all significantly closer to achieving smooth implementation in January 2020,” said Peter Hinchliffe. “During last week’s IMO meeting, it was again made clear that there is absolutely no possibility that the legal date of implementation will be postponed.  It is therefore of the utmost importance that shipping companies and charterers proceed with their implementation planning without delay.”

Taking account of the decisions made by the IMO Member States last week, including the template for ship-specific Implementation Plans, ICS is now developing detailed guidance on implementation of the global sulphur cap, which it will make available to shipowners via its member national shipowner associations during the next few weeks.