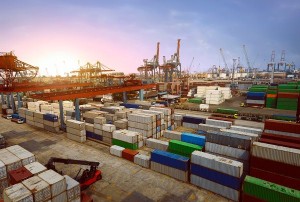 Indonesia has inaugurated phase one of the expansion of the New Priok Container Terminal at Tanjung Priok Port, with the remaining four phases set to be completed in 2019, according to Reuters.

Joko Widodo, President of Indonesia, said: “We cannot delay the development of modern ports any longer. This supports trade flows and investment in this country. If we’re slow we’ll be left behind.”

Jonathan Beard, Head of Transportation and Logistics in Asia for Design and Consultancy firm ‎Arcadis, said: “The expansion of Tanjung Priok may encourage shipping lines to launch more direct ship calls to Jakarta, but I do not see it as a major threat to Singapore’s transhipment status.”

The expansion underpins plans laid out by the Indonesian government to cut dwell times at the ports and speed up the loading and unloading process.

PTI previously reported that Joko Widodo was looking to transform Indonesia into a ‘maritime power’, which includes 17,000 islands and includes plans to develop port infrastructure.

This followed news that state-owned port operator Pelabuhan Indonesia II has announced that it aims to begin operations at the New Priok Container Terminal at New Priok Port on July 15, 2016.