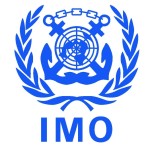 The IMO has held two international workshops to raise awareness of its regulations on energy efficiency and the control of greenhouse gas emissions from ships.

The workshops, in Kingston, Jamaica and Panama City, are the latest in a series held in lead pilot countries for the Global Maritime Energy Efficiency Partnerships (GloMEEP), a project launched in September 2015 aiming to support uptake and implementation of energy efficiency measures throughout the shipping industry.

Participants from Jamaican governmental departments, academia and other related bodies were in attendance at the ‘MARPOL Annex VI and Technology Transfer’ workshop held on 2-4 March. Technical advisor to GloMEEP, Astrid Dispert, and a team of IMO consultants ran the event which was funded by contributions from Norway.

In addition to the workshop, the previous day saw a wide spectrum of stakeholders attend Jamaica’s first National Task Force meeting which endorsed the GloMEEP’s plan of activities for the coming two years.

Five days later the team presented the workshop to delegates in Panama (7-9 March). The first National Task Force meeting in Panama will be held after the workshop on 10 March.