IMO fails to impress with ‘outline’ of shipping climate plan 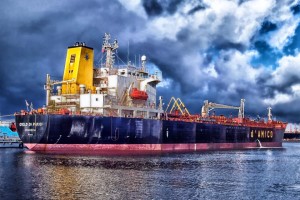 The UN’s International Maritime Organisation (IMO) took a tentative step towards a plan to cut shipping’s climate emissions earlier this month. Countries meeting at the IMO’s environment committee agreed to ‘headings’ to be included in a strategy, which itself will be the first step of a broader plan to cut greenhouse gas emissions. The details of each section are to be decided at a meeting in October, and a draft strategy agreed by 2018. However, the strategy will not be finalised until 2023.

The seven headings, or titles of each chapter of the strategy, cover the level of climate ambition and guiding principles for the shipping industry; possible measures for short, medium and long-term action; barriers to action, supportive measures and technical cooperation; and a plan for a review of the strategy.

The outline of a strategy represents only ‘modest’ progress, according to the Marshall Islands’ transport minister Mike Halferty. He told Politico: ‘It is clear that much more rapid progress will need to be made at the second working group in October.’ The Marshall Islands is a prominent member of the IMO, holding the world’s second-biggest shipping registry while being one of the countries most vulnerable to the effects of climate change such as rising sea levels.

Shipping is one of the fastest growing sources of transport emissions and is projected to account for 17% of global emissions by 2050. But, despite the IMO being first tasked with addressing ship GHG emissions by the Kyoto Protocol some 20 years ago, shipping is the only industry in the world not subject to climate measures.

T&E’s shipping director, Bill Hemmings, said: ‘Disagreement over how to distribute efforts and the potential costs of measures remain the biggest obstacle to progress. On a positive note there was a strong delegation of Pacific Island nations. These countries, so vulnerable to climate change, are leading calls for an ambitious reduction target and urgent measures. In any case, as long as the IMO does not deliver a robust global deal to reduce shipping GHG, the inclusion of shipping in the EU ETS must remain on the table.’

According to the CE Delft study the average design efficiency of ships built to carry bulk products, crude oil and natural gas was worse in 2016 than in 2015. The share of new ships complying with future efficiency standards also decreased in 2016 and the design efficiency of carrying consumer goods and general cargo appears to be stagnating after a period of improvement.

The study also reiterated previous findings that a significant proportion of new ships are over-complying with the EEDI – indicating that the standard’s requirements need strengthening if it is to stimulate the uptake of new technologies and drive efficiency improvements.

T&E’s shipping officer, Faig Abbasov, said: ‘Making new ships more efficient saves both fuel and carbon emissions. It is a no brainer. But the current EEDI requirements are so weak that ships built in 2016 are actually becoming less efficient. If the IMO is serious about reducing shipping emissions the very first thing it should do is tighten the the EEDI requirements.’