iContainers Blog: Why Digitizing Forms 90% of Our IT Plan 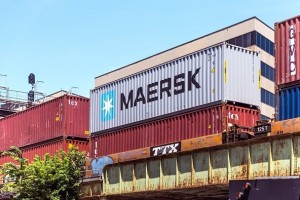 Much has been made of digitalizing the process of ocean freight shipping. And, given the potential that this massive industry holds, it’s certainly worth the time and effort to gain an early foothold in transforming it.

However, that’s not to say that the industry will pounce on digitalizing as and when the opportunity presents itself. We’ve seen, in fact, quite the contrary. Certain traditional freight forwarders have been resisting these technological opportunities.

The market is so massive that there’s no ‘winner takes all’ scenario. So as long as these guys are making enough money the conventional way, digitalization is never going to be a priority for them.

Most of their services are tailor-made nearly every time, and that makes it hard to set a standard and establish consistency, which are fundamental elements to digitalizing. For these guys, there will be certain processes that can be digitalized, but most will be complicated.

The potential is definitely out there, and a large amount of it. According to a study we did, only 50% of freight forwarders we contacted were able to provide a quote within a week.

And of these, only 15% reverted on the same day, while nearly half (40%) took four to seven days to respond.

This is where freight forwarders who have invested in technology have an opportunity. And this is why 90% of all our IT efforts are going to digitalization. It’s not easy, but it requires patience and determination.

There are so many parties involved in sending an ocean freight shipment – truckers, customs brokerage, port authorities, carriers, etc – and each has its own unique way of working. Not to mention the different bureaucracies in the different countries.

That said, when it comes to digitalizing ocean freight, due to the industry’s set ways of age-old practices and massiveness, you simply cannot tackle a bull by its horns and go head on.

Most of the businesses that online freight forwarders receive come from really techy guys or early-adopters that really understand that the shipping industry is a commodity that’s going to ultimately change like the travel agency did.

In order to really have an impact, you have to first understand the ins and outs of the industry and its pain points. Once you have that, you look for solutions for the right approach using the right technology.

At iContainers, for example, all the individual parts, such as booking process, customs clearance, insurance, trucking pick up, and Bill of Ladings have been automated in southern Europe.

We have also digitalized the entire end-to-end process on exports from southern Europe and we’re starting to deploy this in the US.

Shipping carriers have long adopted technology, but done so with an internal focus, and with efforts focusing largely on port to port.

Hardly anything has been done from customer to port. So by adopting the online travel agency’s model, we can, in a very similar way, transform the ocean freight industry.