Hungary plans logistics base in Trieste port ; the “end-port” of the new Silk Road in the West

The Hungarian government is planning to establish a port and a logistics base in Trieste to distribute goods overseas. 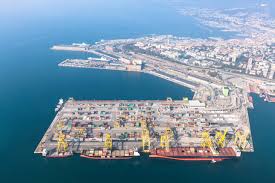 Péter Szijjártó, Minister of Foreign Affairs and Trade, said that €60-100 million ($68.3-114 million) would be invested in a 32-hectare area for which a land purchase agreement is scheduled to be signed next month.

The plan is part of a strategy for the renewal of infrastructure in Hungary, which aims to develop its transport system, especially at the railway level. Péter Szijjártó has specifically observed how still missing a high-speed train in Central and Eastern Europe. A necessity now perceived as urgent, especially in light of Chinese investments.

If Trieste is the “end-port” of the new Silk Road in the West, Hungary, in turn, should be the gateway to the central-eastern market. In this sense, the government sees it as fundamental to collaborate with Trieste and Friuli Venezia Giulia region. In this sense, the Region, with Massimiliano Fedriga, president of the Friuli-Venezia Giulia autonomous region, had already declared all its openness to partnerships and agreements.