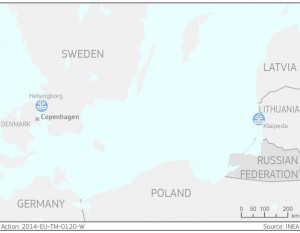 This Action is the second phase of the Global Project, aiming at developing a Liquefied Natural Gas network within the Baltic Sea region so as to create a viable and alternative fuel source for vessels. This wider benefit MoS Action encompasses physical investments into an LNG bunkering infrastructure in the Helsingborg and Klaipeda ports, which are part of the Core Network of Maritime ports located on the ScandinavianMediterranean and North-Baltic Sea Core Network Corridors respectively. A liquefaction plant with storage tank will be built in the port of Helsingborg, while an onshore LNG reloading station, enabling the direct bunkering to vessels as well as to LNG auto-trailers will be built in the Port of Klaipéda. Their development significantly advances the Global Project of developing an LNG bunkering network in the ports of the Baltic Sea region, use of which will stimulate investment into a more sustainable maritime transport according to National and EU legislation.