Growing numbers for the temperature-controlled logistics 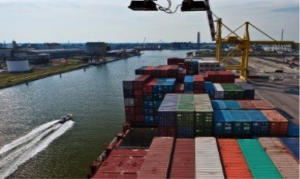 The growth of international business reefer has just been subject of a study carried out by Drewry Research with a report entitled “Reefer Shipping Market Review and Forecast 2016/17” which describes a business segment that in 2015 and even in 2016 has recorded growing numbers.

The forecasts for the future estimate an average of 2.5% growth rate per year, which will lead about 120 million tons of reefer containers to be moved by sea in 2020.

The above mentioned analysis takes into account the fact that the fleet of specialized vessels (with refrigerated bulks) is shrinking gradually, while in parallel the cargo space on container ships is growing. Indeed, currently there are more than 400 cellular vessels under construction that will be equipped with connections permitting the reefer containers to connect to electrical outlets.

Kevin Harding, the analyst who signed the report in question, declares, “Drewry estimates that the industry’s containerized shipping has gained about 4 billion dollars in this niche business during the year 2015”.

The issue of temperature-controlled logistics has been in the middle of the debate even at the last Cool Logistics Asia event that took place in Hong Kong and where Ronald Veldman, maritime business analyst at Seabury, spoke about the reefer as “one of the few growing sectors during the black year for containers”. Between January and June 2016, according to surveys of Seabury, there were about 160 thousand TEUs more on board of container ships compared to the same period in 2015.

The global growth of refrigerated loads is justified by large growing imports in China and USA as well as an increasing flow of perishable goods recorded on intra-regionals maritime trade, especially on intra-european and intra-asian routes.

Focusing on the Mediterranean basin, according to the speech of Luca Lanini, professor of logistics and supply chain management at the Catholic University of Piacenza-Cremona “fruits andvegetables travel a lot but in the future they can grow especially in small vessels able to transport reefer containers and stowage; a trend that is confirmed by international statistics. It is no coincidence that commercial companies of fame dedicated to fruit and vegetables rely on small units, while an increase of mixed cargo vessels is recorded”. All this, added Lanini, in a complex scenario, where the Mediterranean area is developing Motorways of the Sea services with feeder and ro-ro ships for refrigerated cargo services.

These studies and interviews are premises of utmost importance for the implementation and the future development of FRESH FOOD CORRIDORS project, co-financed by the EU under the Connecting Europe Facility for Transport Program, aiming to establish innovative logistics chains for perishable goods through the integration of Motorways of the Sea routes coming from non-EU countries with the railway connections that link the Mediterranean ports and the Central Europe inland markets.

The project has seen the implementation of 3 corridor Pilots. The aim of each Pilot was to test and establish an innovative logistics chain for perishable goods from the Middle-East countries with the main Central European markets via 3 Mediterranean core ports: Venice, Koper and Marseille.

The using of this innovative logistic chain has shown important results:

In this scenario, where the transport of refrigerated goods is increasing and is confirming good business opportunities, the project Fresh Food Corridors plays a crucial role, especially for its potential replicability on other strategic areas.