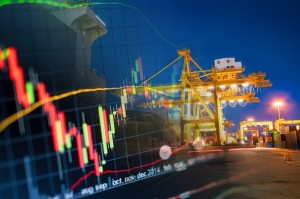 This year’s global loaded container traffic figures are on track to top 200 million TEU — the first time the milestone will have been achieved, according to Drewry’s Global Container Terminal Operators Annual Review and Forecast 2017.

Europe came in as the slowest with 4.4% growth.

Its assessment showed that the global index fell in September 2017, however, it still increased by 10 points since September 2016.

The forecast said: “Ignoring the monthly fluctuations, the trend has been relentlessly positive in 2017, following on from a more muted growth pattern last year.” In a recent analysis of the global shipping market in 2018, Drewry warned that the cautious approach taken by global shipping in earlier years had meant that “lagging trade” had affected figures for 2017, but that economies were going back to doing business. Drewry stated: “The world has restocked and normal growth patterns are once again reasserting themselves, but for next year we believe there will be a regression to the mean that will result in lower rates of growth in the short to medium term.”