Gioia Tauro: agreement with the Chinese port of Tianjin 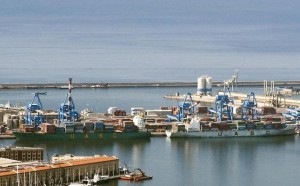 Underscoring this agreement, explains a news release, is the desire of Gioia Tauro’s Port Authority to work together with one of the world’s main economic driving forces, in order to open up a dedicated connecting route to one of its main markets. According to Yuan Baotong, the port of Gioia Tauro “represents the key to unlock access to Southern Europe, thanks to its central location in the Mediterranean”