From European Union green light to the Ferrobonus 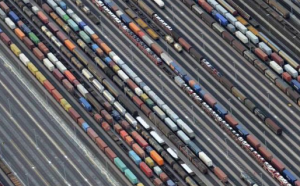 Genoa – Brussels has decided to give its ok to the extension of two years, until December 31 2019, regarding the scheme adopted in December of last year and with a duration of just one year.

Green Light from European Commission to the extension of the Italian aids scheme, called to that encourage the transition of goods shipped from road to rail way. According to Antitrust, this regime respects the European rules regarding the national aids, promote the eco-friendliest transport modality in line with the UE objects and it keeps the competition within internal market.

Brussel has decided to provide its ok to the extension for 2 years, until 31 December 2019, in respect the scheme adopted in December of last year with a duration of 1 years. The Budget available for the Italy, equal to 200 million of euro, remains unchanged.

Source: On The Mos Way