From truck to train transport: the Italy initiative 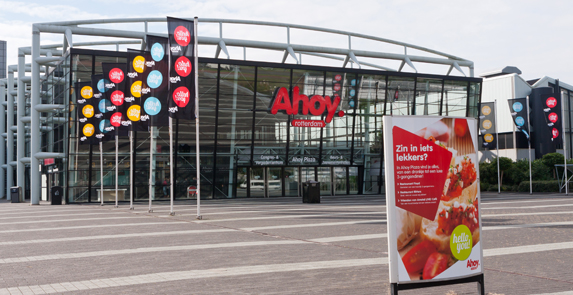 Rotterdam – At Rotterdam’s Intermodal Europe Fair, an Italian initiative has received recognition as a positive model. On the North-South Italian transport route, that runs from Nola north to Milan logistics hub, one daily freight train has been operating, for a month now.

It transports goods produced by large firms operating in Italy that have decided to make the move from truck to train transport. To break the news was Sergio Barberino from Procter & Gamble (P&G)’s R&D one of the multinationals adhering to the project, which is coordinated by the association INDICOD-ECR. “At the moment it’s one train, but we’re aiming at increasing the volume and reaching 4 trains per day”, explains Mr. Barberino. While there might be competition among the participating multinational firms over similar products, they have jointly decided to create the freight volume needed to support Italian intermodal industry. “As long as the volume is there, there’s room for expansion of this mode of transport,” explains Mr. Barberino.

“It doesn’t matter if my competitor uses that train too: it’s on product quality that we compete, not on logistics”. Traffic is provided by the companies, the infrastructure is already there (“One has to make the best of what’s there” says Mr. Barbarino, including EU infrastructure in general, “but in Italy the Milan-Naples transport corridor should be extended as far as Bari, where, for the moment, links are insufficient”), while the selection of the operator should be left to a kind of filter whereby the most favourable market conditions are displayed. The filtering will be performed by the Genoese Ilog, the firm that, among other things, has been managing train manoeuvres at the Port of Genoa. The completed project will be showcased in Milan on 15th December. For now, the frequency of one freight train a day, is already a positive result: considering that P&G employs 1.5 daily trains, along the Eurotunnel, to move goods from the French Amiens plant to the one in London. “We must increase the volume, like in a water pipe, in order to reach critical mass for freight.”